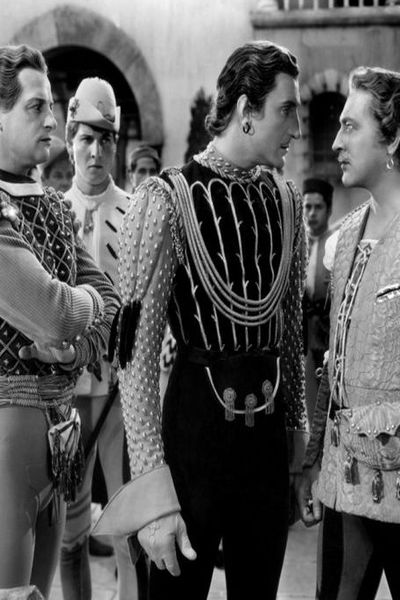 The Problem With Henry

‘I swear again, I would not be a queen  For all the world.’

Shakespeare, The Life of King Henry the Eighth.

King Henry VIII has been receiving bad press for centuries. Shakespeare, along with later writers and playwrights, got in on the act. Henry’s life fascinated everybody. He married six wives and distinguished himself by divorcing or annulling two wives and cruelly executing another two. His first wife died in childbirth and the last managed to outlive him. Who knows what would have happened to clever Catherine Parr if Henry had lived long enough to tire of her.

Henry earned his place on the long list of, Men Behaving Badly. And when twentieth century Hollywood took up his tale, he became a famous barbarian with swinish manners.

In the 1933 British film, The Private Life of Henry, he was played by actor Charles Laughton, a big-bellied chap who bellowed most of his lines.  The film is a plush, sixteenth century costume comedy-drama.

The actors emote in posh English voices and the genre of the film is a satirical bedroom farce. In the opening scenes, a beautiful Lady of the Chamber suggestively strokes Henry’s sheets and bemoans the fact that she hasn’t been bedded by the King. This ensures that the viewers know that they aren’t about to be bored with historical fact.

Henry the Eighth is portrayed as an obese glutton who delights in hurling chicken bones at his courtiers and splattering them with gobfuls of food and wine. In one scene, while dining with the nobility, Henry smashes a greasy chicken with his chubby fist, crams a huge chicken drumstick into his gob and speaks with his mouth full. Courtiers have to duck his spittle.

Innuendo and lasciviousness are laid on with a spade and Henry doesn’t sit – he sprawls, displaying his manly assets. It’s been documented that Henry shamelessly helped himself to many ladies of his court and these lovers and mistresses feature in the film.

Henry became a King before he was eighteen. In his youth he was considered to be the most handsome prince in the whole of Europe. He was also a writer of poems, love letters, political tracts and a composer. Tall at over six foot, lean and fit with the obsessions of a competitive jock, there was nothing to suggest he would suffer ill health or become obese.

Exotic foodstuffs whispered of high status. The variety of food at Henry’s court was gobsmacking: citrus fruits, almonds, Mediterranean olive oil, sugar from Cyprus and spices from India all made their way into Henry’s private kitchen.

Up to 800 courtiers usually accompanied Henry and they all had to be fed. Bread, pastries, sweet desserts, oxen, deer, calves, venison, pigs and wild boar were featured on the menu. Chickens, pigeons, sparrows, swans, larks, cocks and plovers were also immensely popular. The nobility had a thing for roast peacocks and Henry indulged himself at every given opportunity.

Only the King had the privilege of eating with a fork and that was mainly so that he could get stuck into his favourite sweet preserves. Although Henry was a first-rate glutton, contemporary witnesses wrote that he dined in an elegant manner and washed his hands before and during his feasts.

Once he was no longer burning up the calories jousting, dancing, brawling, hunting and fornicating, Henry’s dietary habits ensured he became more than just robust. Historians have revealed that although he ended his days with a 52 inch waist, in his youth he was an Adonis.