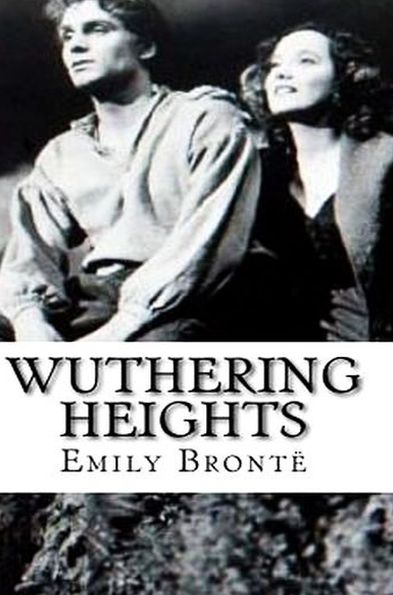 ‘He is more myself than I am. Whatever our souls are made of, his and mine are the same.’

I’ve been sneaking back to the classics on those chilly nights when all you want to do after dinner is curl up with a terrific book. To hell with the gym and let’s pop the cork of whatever is lurking in the kitchen. Last week I reread Ada by Nabokov and this week it’s Emily Bronte’s Wuthering Heights.

Emily’s extraordinary novel, Wuthering Heights was first published in 1847 under the pseudonym of ‘Ellis Bell’. It has since become a cult classic. Emily’s sister, Charlotte Bronte then edited the manuscript. It was published in a second edition in 1850, shortly after Emily died at the age of thirty. It’s believed she died of tuberculosis, shortly after catching the chills at her brother’s funeral.

Early reviews of Wuthering Heights were mixed but its power was recognized even by those who didn’t understand it or maybe didn’t appreciate the novel. Wuthering Heights became known as a love story, rather than as an extraordinary feat of imagination. It’s a wild, untamed tale of an irrational obsessive love leading to hatred, misery and revenge.

Strangely enough, the Brontes social life on the Yorkshire Moors wasn’t at all exciting and often bleak. Most of the time Emily, Anne and Charlotte were cooped up at their father’s parsonage, working as governesses or fiendishly writing their remarkable novels.

Meantime their brother, Branwell Bronte, was free to socialize in pubs, hang out with local artists and sip wine with bookish intellectuals. Clearly the damp, windy Yorkshire moors are conducive to creative endeavours. The three sisters developed very active inner lives and the scope of their writing took them well beyond the Haworth Village parsonage.

While trying to discover where Emily got her inspiration from for the diabolical Heathcliff, several critics and historians suggested either Lord Byron or Emily’s brother, Branwell Bronte.

Branwell produced two short written works but his ambitions of being a successful poet and a painter were never fully realized. His jobs tended to end badly. It’s believed that he was sacked from his last tutoring position, following an indiscreet affair with the lady of the house.

Subsequently the last three years of his life were spent back at the parsonage with his sisters. Branwell was deeply troubled and at one stage set his own bed alight. Apparently his sisters didn’t like to tell him about their writing successes because they didn’t want to depress him further. Branwell died in 1848 of tuberculosis and possible complications bought on by alcohol, laudanum and opium.

Nearly two hundred years later, readers and critics analyse the novel by today’s standards, instead of placing it in the literary context of the era in which it was written. One critic recently stated that he found Wuthering Heights intolerable because it gloried in inter generational abuse and chronic violence. I think such criticisms ignore that Wuthering Heights is a fusion of Gothic and Romantic traditions.

It’s a heady mixture and the result is a book in which the main characters swing between dark, deep sorrow and psychotic madness. Accompanied by the sound of torrential rain on the leaking roofs and lightning and thunder. Mother Nature is hell bent on keeping everyone hyper alert and drenched as they tear around the moors bewailing their fate.

What’s not to like? One of my favourite scenes is when Cathy has a first-rate tantrum in bed and she tears the pillow open with her teeth and shreds the feathers. Most of the main characters in Wuthering Heights – apart from the docile Lintons – are incapable of doing things in an orderly, conventional manner.

When Heathcliff learns that Cathy has died, he bloodies his head on a tree trunk and screams,