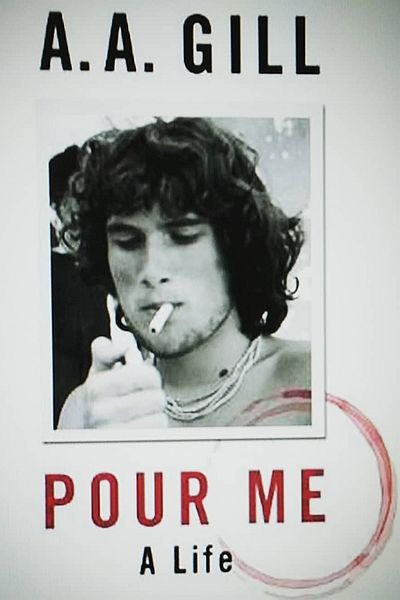 ‘A man cannot make him laugh – but that’s no marvel: he drinks no wine.’

Some time ago I was at a dinner party for eight and it was getting late.  The hostess had got herself ossified on neat Scotch as she prepared a delectable dinner for us. Nobody gave a damn and we helped her by ferrying food and wine to the table.

All went swimmingly well until our hostess asked me to fetch another two bottles of chilled white wine from the fridge. Unfortunately her dinner guests had been drinking like fiends and the only wine left was a chubby cask of wine.

It came in a silver bladder and was clad in a lurid cardboard box. It was the type of wine the French graciously refer to as Vin de table – drinkable, ordinary wine which is not fortified, sparkling or expensive.

Glancing around the kitchen I realized there were no wine carafes on hand. I didn’t want to plonk boxed wine on our hostess’s elegant dining table, so I filled two matching empty bottles with the cask wine.

By this stage just about everyone was half cut. Our hostess glanced approvingly at the wine labels, poured herself a big glass, took a sip and raved about the fine quality of the wine. Florid wine terms were flung around without restraint. She could have been describing a nectar of the gods.

Several guests topped up their glasses and merrily agreed. They vied to outdo each other in superlatives. Everyone was happy as clams. But I was racked with guilt.

I worried that our amateur wine buff might spoil the plot by denouncing the wine. He was not known for his discretion in such matters. So I owned up. I whispered in the hostess’s ear that I couldn’t find her wine carafes and she’d been drinking cask wine.

I was hoping she might be amused but instead she gave me a withering look. I was in big trouble. But eventually – when she’d sobered up – all was forgiven. Fortunately the wine buff had remained as silent as a tomb.

Wine snobbery has been around since food and wine connoisseurs first began describing the wines that bought them joy.

Back in the first century, the Roman writer Pliny the Elder wrote about wine but he wasn’t a wine snob. He was more interested in Italian wine regions and the technical aspects of wine fermentation.

Things changed when Grande Tours of Europe became all the rage in the 17th and 18th centuries. Many travellers sent back letters describing the splendid foreign wines they were guzzling.

Wealthy young men who wanted to be seen as cultured and educated went even further. They described foreign wines in poetic terms. French and Italian wines were glowingly endorsed by comparing them to Mother Nature’s colours and elements of classical oil paintings.

The smell of certain flowers or exotic Eastern spices were also referenced. Wine descriptions were usually romantic and frequently  pretentious.

But how could anyone resist a particularly fine champagne if it was presented to you as being as ‘harmonious’, ‘gladdening’ and ‘healthful’ as soft summer rain bejewelling Ireland’s lush green fields?

Contemporary wine critics tend to throw around words that are recognized by the wine industry. These are descriptors such as aroma, bouquet, body, oaky and fruity.

In closing, here is an excerpt from the tasting notes for Riesling Steinriesler 2004 by David Schildknecht:

‘A nose mingling gentian, elderflower, seaweed, mussels, salt spray and chicken stock is about as intriguing as and far from fruity as the nose of any Riesling can be. Sage, fennel, peach kernel, lemon, alkali and wet stone all chime in on the silken, buoyant (11.5 percent alcohol) palate, rendering a carpet of richness and intricate complexity that unrolls in a mouthwateringly saline finish of polished and prodigious length.’

Image: cover of the late A.A. Gill’s biography ‘Pour Me: A Life’.

Writer, satirist & food/wine columnist Adrian Gill was known for his unique cutting wit, naked honesty and beautiful prose. I loved his book. Gill’s memoir is a wild ride over the perils of addiction, the follies of journalists/writers and his personal philosophies on life. Gill gave up alcohol at the age of thirty.