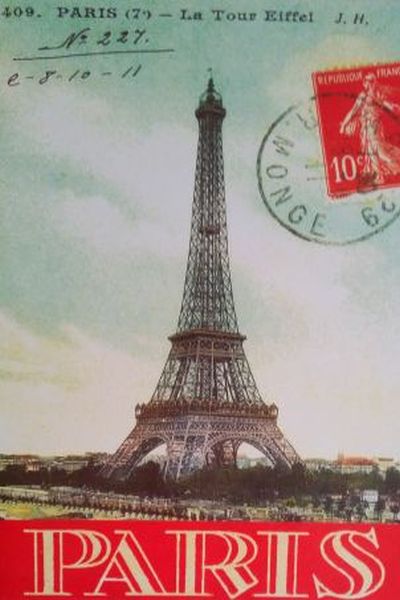 I’m thinking of taking a trip to Europe next year and Paris is already on the itinerary. I’ve been there a few times but too much Paris is never enough.

Cole Porter wrote the lyrics to I Love Paris and just about everyone recorded it. Frank Sinatra sang it for decades, in between all the other cities he judiciously  crooned about as he jetted around the world.

One of the first films I ever saw as a kid, was Billy Wilder’s Sabrina with Audrey Hepburn starring as Sabrina.  While studying cuisine in Paris, Sabrina evolves from being a simple girl next door type into a Givenchy-clad sophisticate.

When Sabrina returns home to New York, she has a beady-eyed, petite poodle tucked under her arm and her chic luggage is divine. But it was the poodle that killed me. It stamped Sabrina/Audrey as having acquired the style of a chic Parisienne.

After her transformation, Sabrina had no trouble dealing with the two wealthy brothers (Humphrey Bogart and William Holden) who quickly become rivals for her affections. So self-assured is Sabrina in her kitty-eared cocktail cap, that she gets away with tweaking the brim of Bogart’s hat. And coolly gives the cynical, wise guy a few manly fashion tips.

This morning I was thinking of Jean-Jacques Beineix’s brilliant film, Diva. Set principally in Paris it’s slick, stylish and established a film movement of the 80’s known as Cinema du look. This movement was all about outsiders and mavericks, operating outside the accepted conventions of society. Unpredictable but thrilling. Wickedly engrossing. Stunning to look at.

My favourite character is the mysterious Serge Gorodish who smokes cigars in his bathtub while plotting and scheming. But he also cooks beautifully – so sexy – and chops dinner onions wearing a scuba mask, thus avoiding onion tears.

Several scenes in Diva were filmed using a blue filter and stylistically it’s lovely to look at. I particularly love Gorodish’s vintage white Citroen that whisks Alba, Jules and Gorodish off to a remote lighthouse on the Normandy coast.

All this bizarre magnificence is set to the background of Alfredo Catalani’s magnificent opera, La Wally. The first time I saw Diva, I just wanted to disappear into the film and live forever in a  lighthouse overlooking the sea.