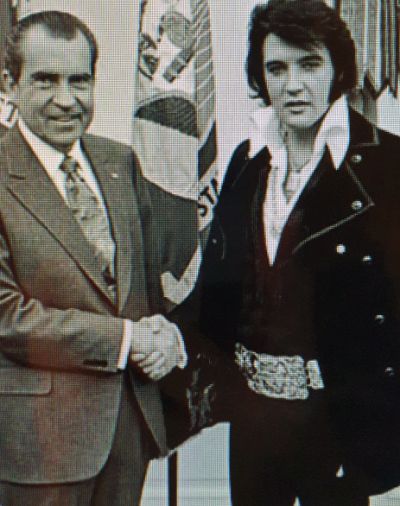 ‘I am 100 percent in favor of the intelligent use of drugs, and 1,000 percent against the thoughtless use of them, whether caffeine or LSD. And drugs are not central to my life.’

Drugs have a tendency to become fashionable and then fall from favour. In the late 1800’s Sigmund Freud openly supported the use of cocaine as a tool for exploring the human psyche. At the time cocaine was expensive but freely available from pharmacies as erythroxyline. It was quite the done thing for clinical researchers to experiment on themselves.

In 1884 Freud wrote a paper on the merits and joys of cocaine titled, Über Coca. He wrote it as ‘a song of praise’ and described his first experience with Cocaine as, ‘the most gorgeous excitement’.

Timothy Leary became famous in the 1960’s as a proponent of the therapeutic and spiritual benefits of LSD. He was a American psychologist, counterculture icon, computer software designer and author. He advocated the use of psychedelic drugs and worked on the Harvard University Psilocybin Project in the early 60’s.

Timothy Leary coined the saying, ‘Turn on, tune in, drop out’.  It didn’t go down too well. He was sacked from Harvard, ostensibly over his research methods. He was a polarizing figure – regarded by many as a man of science and by others as someone akin to the Devil.

President Richard Nixon despised Timothy Leary. When he launched his ‘War on Drugs’ Nixon went after him with a vengeance and had Leary jailed in 1973. Nixon felt that drugs were ‘anti-American’. Yet he invited Elvis Presley to the White House in 1970, to present him with an honorary narcotics officer badge (photograph above).

Presley came bearing a gift. It was a Colt .45 pistol mounted in a display case from his personal collection.

‘The narc badge represented some kind of ultimate power to him,’ Priscilla Presley wrote in her memoir, Elvis and Me. ‘With the federal narcotics badge, he [believed he] could legally enter any country both wearing guns and carrying any drugs he wished.’

After decades in the wilderness, hallucinogenics such as LSD are back in fashion. Seven years ago Rolling Stone reported that ‘microdosing LSD’ was the ‘creativity enhancer of choice’ for tech start-up workers in San Francisco. It was thought to enhance creativity and boost mood.

Microdosing involves regularly taking tiny amounts of a psychedelic drug such as LSD or hallucinogenic ‘magic’ mushrooms. Currently microdosing research is being conducted by researchers at established universities around the globe.

But as David Nutt, professor of neuropsychopharmacology at Imperial College of London put it in 2019, ‘We still don’t have any agreed scientific consensus on what microdosing is – like what constitutes a dose, how often someone would take it, and even if there may be potential health effects.’