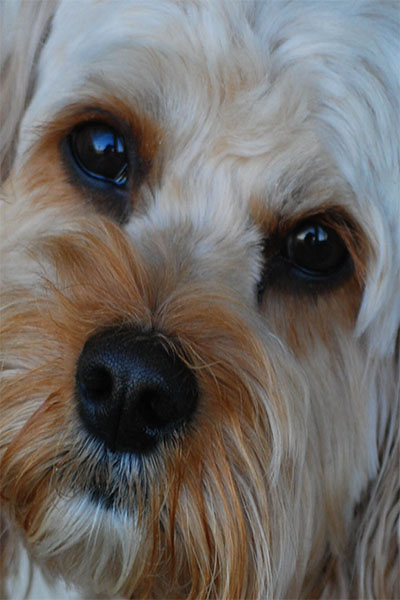 There Goes the Neighbourhood Dogs

‘A lover tries to stand in well with the pet dog of the house.’

In my bayside suburb dogs are everywhere you go. There may well be a pandemic rampaging across the globe but for our local dogs, it’s still business as usual.

You can catch mongrels on the hoof or standing outside The Guilty Moose or The Pineapple. Calmly waiting for their humans to get their morning coffee fix.

After the coffees have been sorted, the dogs can be seen sporting on the beach. Completely disregarding social distancing and sniffing everything in sight. Dogs have unmentionable habits that somehow fail to diminish their endearing charms.

Inner city Melbourne is going through a second COVID-19 shutdown. Face masks are mandatory and café  life is back to being take-out coffees and limited menus. I’m nostalgic for the days when we could dine at outdoor cafés, sit in the sun and watch the neighbourhood’s dog antics.

Café dogs are highly socialized, even the ones that make trouble: the yappers, howlers, sneaks and leapers. I recall sitting outside my favourite café, about to plunge into a delicious Sunday breakfast, when a big Labrador head appeared from under the table and thrust itself into my lap.

I dropped my fork and the dog’s owner yanked on the leash. He was mortified. ‘I’m so terribly sorry. It only happened once. A café patron slipped her a whole piece of bacon and she’s never forgotten it.’

I laughed as the dog was still slyly eyeing my mushroom and cheese omelette. Subtly indicating that the absence of bacon had been noted but a piece of toast would be acceptable. Labradors are slaves to their stomachs and this one had a truly wicked grin. I patted her and she was friendly but her eyes kept drifting back to my plate.

Among my favourite local dogs were The Hounds of Hell. They used to make their appearance when the local news-agency first opened and they’d wake up the whole damned street. The first time I heard them I was stunned, it sounded like they were being brutalized. The hair on the back of my neck stood up.

I rushed around the corner and there they were – two chubby, long haired Cocker Spaniels. Heads up, venting ear-splitting, blood curdling howls. When one dog ran out of steam, the other took over. Why?

The newsagent told me it was a daily ritual. The owner tied his dogs’ leashes to the bicycle rack and the minute he stepped into the news-agency, the dogs started. And they kept it up until he reappeared and told them off. Every single morning at precisely 7.05 am.

Then there were the magnificently spoilt dogs. They frequented the stylish cafés where water was supplied in posh, chromed-up dog bowls. These dogs travelled with their own exclusive small rugs. It meant they didn’t have to park their arses on the cold pavement outside the cafés in winter.

It’s not the dogs fault. Imagine you were a shivering whippet – would you turn down the offer of a snug, pastel-blue bunny rug?

The funniest dogs were the ones who still thought they were cute pups. Indulged to the hilt, they’d sit on top of their owners and share the Vegemite toast. It was especially comedic when a fully grown beast was draped across its owner’s knees, legs dangling and big boofhead resting on the tabletop.

But my absolute favourite of all time, was the plump pug who’d be seated opposite his owner, on his own chair. The owner would then proffer tasty morsels from his own fork. Backwards and forwards went the fork. And when the plate was empty, the owner would lean across the table and plant a big kiss on the grunting pug’s head.

I miss the pug.