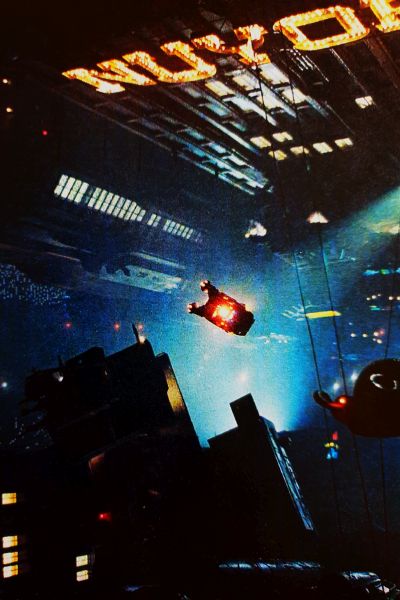 ‘I’ve seen things you people wouldn’t believe. Attack ships on fire off the shoulder of Orion. I watched c-beams glitter in the dark near the Tannhäuser Gate. All those moments will be lost in time, like tears in rain … Time to die.’

Cynical observers have hypothesized that once planet Earth is destroyed by human negligence, The Money will flee to metagalactic space.  Perhaps the uber rich will set themselves up in luxurious colonies, similar to the off-world colonies in the sci-fi movie Blade Runner (1982).

It was recently reported in the press that Elon Musk wants to reduce space transportation costs and enable the colonization of Mars.

There isn’t much agreement about how this might go down. One of Musk’s rivals for private space travel , Jeff Bezos, Amazon founder,  is on record as stating, ‘We can move all heavy industry and polluting industry off Earth and operate it from space’.

Clearly the landscape has changed. Once upon a time, when the rich were lowly millionaires, they modestly aspired to luxurious yachts, buying islands and personally flying their very own private jets.

A few months ago a Financial Times journalist concluded the unequal distribution of wealth is so extreme that the US has become country of impoverished folk with ‘just a few bloated plutocrats at the top’ – and these people are busily planning on moving to Mars.

I was bemused last week that Tesla CEO Elon Musk – currently reputed to be the richest man in the world – is considered to be worth every cent of his $US55 billion salary package from Tesla Inc. Not everyone agrees. Apparently a lawsuit has been initiated by a Tesla investor, who claims Musk’s financial remuneration is excessive.

Nobody really knows how many hours Musk actually dedicates to Tesla Incorporated these days. But the Tesla Chair, Robyn Denholm, maintains that sometimes he’s ‘sleeping on the factory floor’. Interesting. Especially given Musk’s recent acquisition of Twitter and his purported business interests in perfume and flame throwers. Perhaps he’s given up on sleep?

It’s worth noting that according to the Australian Bureau of statistics – the richest 20 percent of Australians now own 63 percent of total household wealth. And the lowest quintile own less than one percent.

Does this mean that those of us who haven’t made it to the top of the food chain are going to be left behind when the mega rich strike out for their off-world colonies?

In the extended version’s closing scene of Blade Runner, Dexter (Harrison Ford) escapes Los Angeles with his replicant lover, Rachel. Dexter is anxious about how much time he and Rachel have left.

His conclusion? ‘I didn’t know how long we’d have together. Who does?’