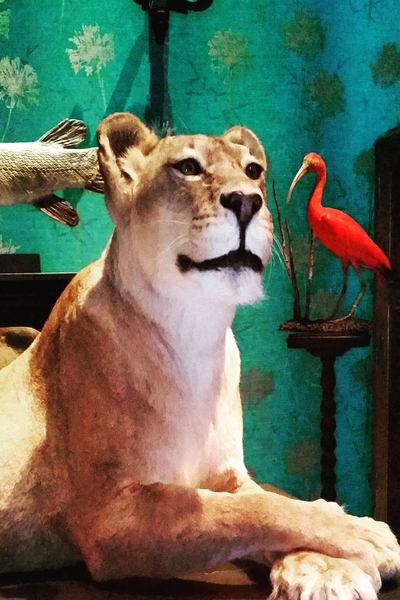 I no longer own a television. I only ever used my TV to watch DVD movies and most of the time I preferred watching movies at the cinema. I love the occasion of going out to the cinema with friends and being part of an audience.

My TV was an elegant piece of equipment with superb clarity and great sound but it had to go, as it was hogging premium space in my apartment. So one fine day a fishmonger from a seaside township responded to my ad, picked up my television and carried it off.

The fishmonger was stricken with grief when he told me, that not only had his wife left him but she’d made off with his pride and joy – his expensive, technologically advanced television with superb ‘surround sound’. I got  the impression that he was more upset about the loss of his viewing pleasure than he was about his absconding wife.

It’s a strange thing television. I know quite a few people whose lives revolve around television shows. A neighbour goes into something of a slump when her favourite show goes into seasonal remission. She’s inconsolable and has to make do with boxed sets until the show resumes.

Frequently on public transport I overhear conversations about various TV shows. These chitchats are usually conducted on a phone at full volume and concern who did what to whom and why. It’s always about deception, rapaciousness, deceit, flash lifestyles, blatant narcissism, backstabbing, avariciousness, mean women, cruel men and an extraordinary amount of sexual activity. Honestly, you don’t need to watch television to know who is going down on whom.

It can be quite comedic and I get the impression that most suburban lounge-rooms are awash with the worst of human nature. But what I find disturbing is that these fictional characters – or over-groomed ‘reality stars’ – are treated with the same sort of respect usually accorded to our nearest and dearest.

In the novel Fahrenheit 451 – first published way back in 1953 – Ray Bradbury presented a dystopian future where books are banned and specialist firemen are employed to burn any contraband books that are found. The novel’s title refers to the degree at which paper burns; 451 degrees Fahrenheit. Bradbury also predicted the rise of flat television screens that cover an entire wall.

The main character – a firemen called Montag –  tries to reconnect with his wife after she survives an overdose. But he discovers that not only is Mildred addicted to speed driving, sleeping pills and interactive entertainment but they no longer have anything in common. For Mildred lives her life vicariously through the ‘family’ screening on her parlour wall.

The British Naturalist, Sir David Attenborough, has been observing beasts of every species for over nine decades. He frequently questions what it means to be human. In a BBC documentary he coolly noted,

‘If we [humans] disappeared overnight, the world would probably be better off.’

Attenborough also commented on the perils of getting a little too relaxed around things we’ve become familiar with,

Photograph: Smiling female lion. Melbourne Museum has been preserving specimens from the Melbourne Zoo since 1862.