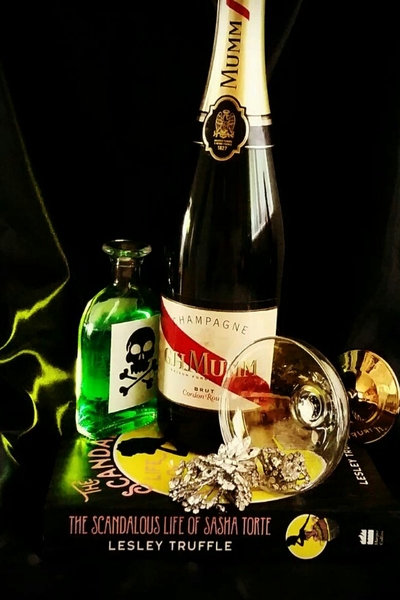 The Night They Invented Champagne

‘Remember gentlemen, it’s not just France we are fighting for, it’s Champagne!’

When I was a child, my mother used to indulge in a champagne while playing vintage movie songs. Waltzing around the dining table she’d sing along to the lyrics of Gigi.

Personally I love the romance of Dom Perignon yelling, ‘Come quickly, I am tasting the stars!’

However, some British historians reckon in 1662 a scientist, Christopher Merrett, documented how to make sparkling wine.

As a child, it seemed to me that becoming an adult must be a marvellous thing, because it would involve a lot of champagne and much hilarity. So by the time I could legally drink,  I’d already developed a predisposition to fine champagne.

At university most of my friends didn’t have the loot for French imported champagnes such as Perrier-Jouët or Veuve Clicquot, so we made do with Australian sparkling wines. Many were first-rate but others were dodgy and tasted suspiciously of aerated fruit syrups. But when I found vacation work as a nightclub cocktail girl, I diligently applied myself to learning all about French champagne and premium cocktails.

I was in heaven when I was promoted to creating the cocktails and popping champagne corks – instead of working the floor armed only with a flimsy tray, fending off the attentions of inebriated males.

Working alongside the barmen and having a metre width of polished oak between me and the clientele changed the game. Under the dim lights and the glittering backlit liqueur bottles, with a silver cocktail shaker firmly in hand, I felt like I’d finally attained adulthood. Boy, did I get that wrong!

I loved the apres work perks at the nightclub.  In the midnight hours we’d sit around the empty club talking, laughing and having a cocktail or two.

On a recent trip to Tasmania I had a lovely time sampling the latest champagne offerings known as ‘Sparkling Wine’. Under a major EU agreement it’s illegal to label any product as Champagne unless it comes from the Champagne wine region of France.

No matter. The French have their champagne,  the Italians Prosecco, the Spanish Cava and the Germans Sekt. Apparently the English are still discussing the naming dilemma.

Meantime winemakers in Australia just get on with the job of producing wonderfully sublime sparkling wines. The name doesn’t matter.

And in Tasmania, winemakers are experimenting and producing magnificent sparkling wines in their cool climate vineyards. Subsequently Tasmanian sparkling wine has become known internationally as something very special.

‘Why do I drink champagne for breakfast? Doesn’t everyone?’