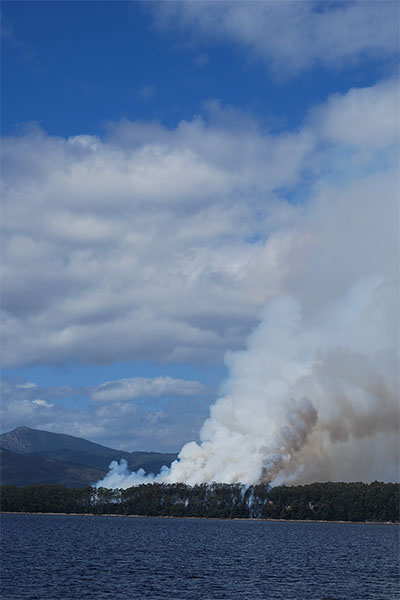 Last night David Suzuki, Naomi Oreskes and Tim Flannery filled the huge Melbourne Town Hall to capacity when they presented, For Thought: Hope for the Planet.

David Suzuki – Canadian author, scientist, environmentalist & broadcaster delivered a powerful opening address that cut straight to the heart of the matter. He recalled that decades earlier he’d been derailed by Rachel Carson’s 1963 book ‘Silent Spring’. And even though he and other activists had since fought many successful environmental battles, the underlying destructiveness that caused all the problems in the first place had still not been dealt with.

He then told us a true story and in the telling it became a parable. Suzuki talked about how he’d invited an unnamed CEO to meet in his office after the CEO had requested an appointment.  Suzuki didn’t provide any details but we got the impression there had already been argy-bargy over an environmental issue. When the CEO arrived, Suzuki asked him to leave his CEO persona at the door and enter simply as another human being. He also proposed that they try to come to an agreement about what was essential to life. Apparently the CEO was none too happy about this shift in focus but he took a punt, came in and sat down.

Suzuki then asked the CEO a question – what is crucial to any living being? The CEO looked thoughtful. So Suzuki began with air – if we don’t have air we die within a few minutes and if we have polluted air we get sick. The human body is mostly water, so if we don’t have water we die and if we drink polluted water we become ill. If we don’t have food, we can last a few weeks but eventually we will die. And so on.
What Suzuki wound it all back to was the four elements that are crucial to maintaining life on our planet: earth, water, air and fire. And there he rested his case.

I suspect that most of the audience were hoping that Suzuki would tell us how the CEO responded when confronted with the elegant simplicity of the four essential elements of life.  Obviously the property market, fine dining, premium champagne and couture clothing didn’t get a look in. But instead Suzuki closed his address, smiled enigmatically and handed the stage over to Naomi Oreskes.

During Suzuki’s talk I’d became increasingly aware of the newborn baby being cradled by his mother in the seat next to me. He was making the sort of contented snuffling noises small animals make when they’re resting in the dark, feeling safe and well fed. I kept thinking – what the hell is in store for his generation and the generations that would come after him?

The baby woke up and cried. Many heads turned to spot the squawking dissident. Was the baby pissed off because he didn’t get to hear the rest of the story? Unlikely. It probably had more to do with the unexpected sound of so many hands clapping in the cavernous regions of the town hall.

On the way home I thought of a North American Indian proverb,
Only when the last tree has died
and the last river been poisoned
and the last fish been caught
will we realise we cannot eat money.

I took the photo (above) while sailing down the Gordon River situated on the West Coast of Tasmania. There were several fires burning in the Tasmanian World Heritage area  that week,  and the locals told me that some fires began with lightning strikes. There are also underground fires – fueled by peat moss – that eventually reach the earth’s surface and ignite the wilderness areas. Apparently some wilderness fires can burn for years as they’re situated in areas that can’t be accessed by firefighters.