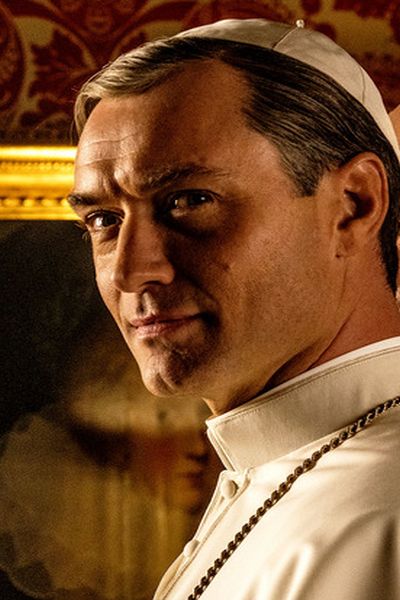 ‘Face it, I didn’t become famous until I took my clothes off.’

‘I always wanted to be an actor and not a beauty pageant winner.’

Paolo Sorrentino’s HBO series The New Pope was launched in January 2020. It follows on from The Young Pope. Jude Law plays Pope Pious XIII in both series. I won’t reveal more as it would be a spoiler for those who haven’t yet seen the series.

Sorrentino is my favourite contemporary Italian film director. I saw some of his other films early in the piece – but it was the magnificent La Grande Bellezza (The Great Beauty) that utterly beguiled me.

The opening party scene from The Great Beauty is something I watch when I’m feeling disturbed by our Trumpian times and ecological future.

It commences with an elegant woman screaming – just for the hell of it. And naturally I join in.

Towards the end of the party scene, the camera pulls back to focus on the birthday boy, the writer Jep Gambardella. Jep is played by Toni Servillo who appears in several Sorrentino films including Loro.

Watching the party scene is like having a brain clean. I pump up the volume and caper around to the music. After which I sedately sit back down at my desk and go back to whatever I was writing.

In a recent interview Sorrentino acknowledged his flamboyant style when discussing his film Loro,

‘In terms of the style and mise-en-scène, my focus was a certain degree of vulgarity … There is a side of mankind that is deeply attracted by vulgar things … So this was the issue. This was what I wanted to focus on—the sensuous nature of vulgarity’.

Sorrentino is known for his excessive party scenes, strange mysticism, bizarre flashbacks, dreamlike narratives, character driven plots and primal Catholic imagery. Nuns, Popes and priests are inevitably up to no good. With his khol-rimmed eyes, John Malkovich is positively sinister as the new pope. The plots are character driven. And because we get to know the characters, we invest emotionally in what happens to them.

Rome and Rome’s denizens feature in much of Sorrentino’s work. Critics frequently reference Fellini as a major influencer on Sorrentino. A powerful use of classical architecture, empty echoing spaces, dream sequences and sweeping Roman settings can be seen in both directors work.

As Fellini once did in his films, Sorrentino utilizes social change, mankind’s awkward relationship with crowded city living and political events to power the characters actions.

Sorrentino rarely follows the Hollywood tradition of the three act format. Instead he breaks up the narrative flow and intersects it with flashbacks and strange shifts in plot development. Humour is crucial to his work and it’s witty, subtle and sly. And crucially his characters drive the plot.

As Sorrentino put it, There are contemporary artists that I hate with all my heart. These are provocateurs that are without feeling. Where is the real emotion?