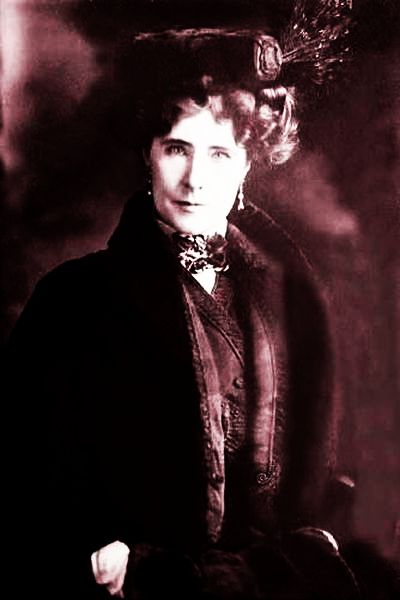 In 1903 Mrs Elinor Glyn published, Three Weeks. These days the novel is considered a bizarre but fairly tame read, but back then it was the Edwardians version of Fifty Shades of Grey and sold about 2 million copies.

In the opening pages of my novel, The Scandalous Life of Sasha Torte is the quote:

On a tiger skin?

Or would you prefer

On some other fur?

Three Weeks is about a passionate three week affair between a wickedly sophisticated woman – with a dark past – and an inexperienced younger man. Purple cushions and sumptuous Tiger rugs feature quite heavily, usually with The Lady squirming around, playing guitar or posing languidly – inciting her lover to fits of passion and despairing love.

When the lady tosses a scarlet rose to Paul he wants to strangle her with love – but instead he bites the rose. Hard. There are many torrid passages and it comes as no surprise the novel later inspired much satire and ribald humor. Glyn’s prose is gloriously over the top and unintentionally humorous, ‘She purred like a tiger while she undulated like a snake.’

The photographer, Cecil Beaton, revealed that Glyn was venerated by his Harrow school chums who appreciated high camp humour.

Glyn also wrote ‘It’, a novel in 1927,  and created the concept of It to describe a person who possesses a strange magnetism that attracts both sexes – they are fascinating, mysterious and unbiddable.

Her party trick was to pop a cherry in her mouth and bring it back out with the stalk tied into a neat bow. And despite her sensuous appearance – whitened skin, flaming red hair, kohl-rimmed eyes and black fur trimmed gowns – she swore that love interested her much more than sex.

Cecil Beaton – who photographed Mrs Glyn in glamorous soft-focus, maintained that she’d often been faced with the prospect of either becoming a prostitute or making a living writing. And she chose the pen. Glyn – who was born in Britain in 1864 – lived by her wits.

When her husband turned out to be a financially ruinous chancer, Glyn churned out a book a year and produced novellas within days – sometimes staying in bed all day in order to get the job done. Breakfast, lunch and dinner would be delivered on a tray.

She wrote forty books and several successful screen plays in America. In the 1920’s she was one of the most famous female screen writers and later she directed silent films.

Glyn scrubbed her face with cold water and a wire brush. She was an early devotee of cosmetic surgery and had her jaw surgically lifted forward and her teeth fixed in a forward position.

Cecil Beaton recalls that Charlie Chaplin had observed that when she was laughing she had trouble adjusting her lips back over her teeth. She wrote a beauty book and had a strong belief in her own psychic powers.

Glyn had many friends, a huge number of fans, was great company and remained a formidable presence until her death in 1943.

Photograph above (Public Domain) is a portrait of author, scriptwriter and film director Elinor Glyn.