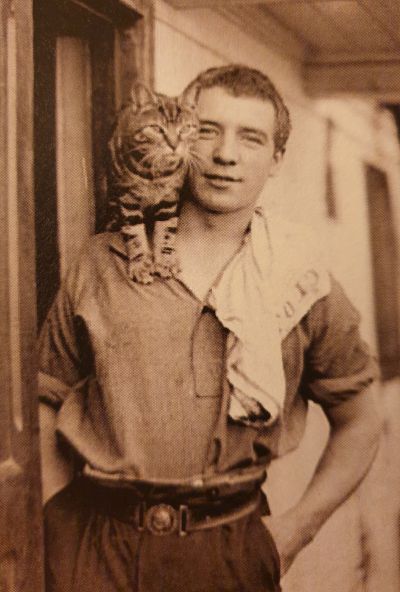 ‘I’m not afraid of storms, for I’m learning how to sail my ship.’

‘The sea finds out everything you did wrong.’

I’ve always been fascinated by the tradition of breaking a bottle of champagne over the bow of a ship being launched. It must be stressful for the person doing the bottle smashing. For there’s a maritime superstition that if the bottle doesn’t break it’s a bad omen. And lives could be lost at sea.

There’s a marvellous Boston Globe photograph dating from 1963, of Ethel Kennedy launching a ship. Wearing white pearls and decorous white gloves, she’s belting the hell out of a champagne bottle – with a wide smile, clenched teeth and eyes tightly shut.

The tradition stems from an ancient custom. A ship or large boat, being launched for the first time, absolutely had to have wine poured on its deck to appease the all-powerful gods of the sea.

The ancient Egyptians, Romans and Greeks also offered gifts to their gods in the hope of protecting their ships and the sailors onboard.

Long ago, warships were supposedly blessed with good luck if the keel of the warship was splashed with the blood of your enemies. This led to some extremely cruel and barbaric practices.

Fortunately by the nineteenth century, wine became the preferred option instead of  human blood. However whisky, brandy and other spirits were also splashed liberally over ships and boats. But during America’s Prohibition the fun went out of it and water and fruit juice were used instead of premium booze.

Many bizarre maritime superstitions have evolved over the centuries. Having women onboard was believed to bring bad luck. After all, the sailors would become distracted by their presence and the ship would be in danger. Really?

But fortuitously the sight of a naked woman supposedly calmed an angry sea. This goes some way to explaining the popularity of sailing ships in the late eighteenth century being equipped with carved figureheads of bodacious beauties.

Another sailor’s superstition was that whistling into the wind should be avoided, as you could well be whistling up a storm. It was also considered bad luck to change the name of a ship. The only way to solve the problem was to have a de-naming ceremony and then christen the ship all over again.

Strangely enough having bananas onboard was feared as much as allowing women onboard. The superstition dated back to around the 1700’s when many sea vessels transporting bananas met with disaster.

However pineapples were looked upon favourably. Ship’s captains returning from the Caribbean would stick a pineapple on the fence of their home. It signified that the captain was home safely and his neighbours were invited to eat, drink and make merry while he told tales of his adventures.

Frank Hurley’s photo (above) is of Perce Blackbarow and ‘Mrs Chippy’. He was a male tabby cat and best mate of Henry ‘Chippy’ McNeish. They lived in a cottage in Glasgow called Mole Catcher’s House.

Chippy McNeish was a Scottish carpenter and master shipwright. He and his cat went to sea together. Mrs Chippy got his name because he followed Chippy around like a devoted wife.

Mrs Chippy and McNeish sailed with Ernest Shackleton on his ill-fated expedition to the Antarctic on the Endurance in 1914.