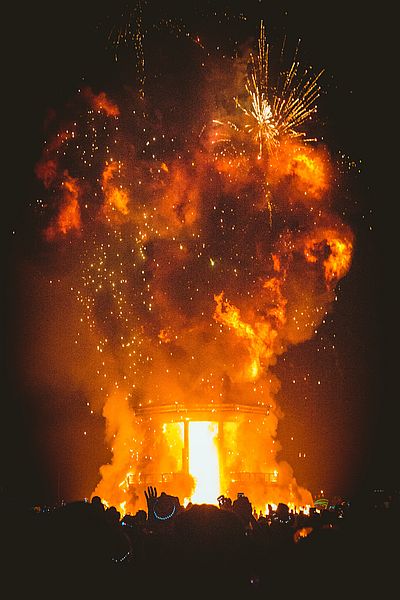 The Ancient Greeks were enthralled by opposing forces and heavily invested in two of their gods, Apollo and Dionysus.

Apollo was the god of reason and wisdom – devoted to logical thinking, patience and duty. Dionysus was significantly more adventurous and dealt in the realms of imagination, play and chaos.

Dionysus – known to the Romans as Bacchus – was also the god of wine, grape cultivation, fertility, ritual madness, theatre, and religious ecstasy. The Greeks believed humans should strive for a balance between the two opposing forces. Or it could lead to unbalanced minds or even madness.

Down through the centuries various cultures celebrated the Winter Solstice which operates on  polar opposites. For Winter Solstice is a celebration of light over darkness. A time when the  earth’s southern pole tilts away from the sun, creating the longest night.

Once the new solar year begins, we know that warmer and brighter seasons are heading our way. Fire and light are traditional symbols of Winter Solstice and feature heavily in pagan celebrations past and present.

But according to some anthropologists, our obsession with fire is not due to our pagan pasts but the fact most Westerners were not raised with the ability to master fire.

Evolutionary anthropologists tend to be more devoted to Apollo rather than Dionysus. For as anthropologist Daniel Fessler states,

‘My preliminary findings indicate that humans are not universally fascinated by fire. On the contrary, this fascination is a consequence of inadequate experience with fire during development.’

Taking Fessler’s theory to its inevitable conclusion – those who didn’t get to muck around with fire as children – starting and controlling flames – will find themselves eternally fascinated by flames. Interesting, yes. But is it true?

The Greeks in 450BC identified four elements of nature: earth, air, water and fire. Could it simply be that dangerous soaring flames appeals to the primitive part of our brains?

I’m thinking of the popularity of festivals such as of The Burning Man in Black Rock Desert, northern Nevada.

The Burning Man is a nine day annual event. It’s a temporary city that vanishes leaving no trace. Thousands briefly populate the desert, bringing everything with them – except for ice and coffee.

Burning Man functions on Ten Principles but these anti-consumerism principles have been taking something of a bollocking. Due to the influx of the uber rich there’s been considerable outrage about the violation of principles concerning communal effort, the banning of money and commercial logos.

When Elon Musk of SpaceX rocket company flies in, he doesn’t join the other ‘burners’ in their dusty, primitive camping areas. In between coolly observing the Dionysian shenanigans on offer, Musk resides in an air-conditioned, fully staffed, luxury playpen.

Regulated craziness and wild costumes are paramount. Astonishing art installations and flamboyant performances are actively encouraged and the festivities culminate in the burning of a massive wooden sculpture.

Standing at forty feet tall, the burning man is a pyromaniac’s fantasy come to life. An extraordinary achievement and a stunning visual.

The festival started out in 1986 as a small event at San Francisco’s Baker Beach on the Summer Solstice. Things must have gotten pretty wild at the early Burning Man festivals – being smaller and less regulated with strong local vibes. I suspect Dionysus would have enjoyed himself immensely.