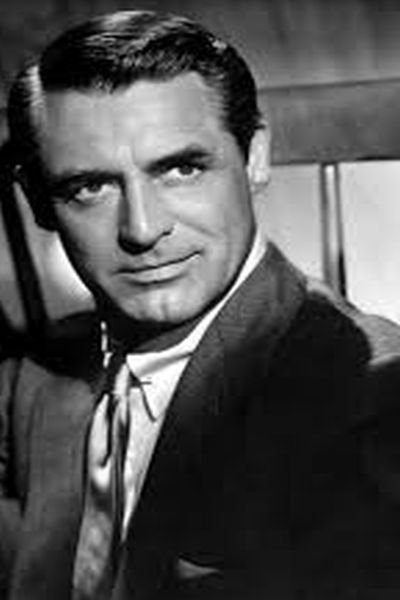 On being Cary Grant

quote from Cary Grant who began life as Archie Leach.

I’ve been watching To Catch a Thief  again. It’s my favourite Cary Grant film, directed by Alfred Hitchcock.  The European locations are to die for and Grant’s onscreen love interest is the exquisite Grace Kelly, one of Hitchcock’s favourite cool, blonde actresses.

Set on the Mediterranean coast, there’s fabulous scenes filmed in the glamour beach resorts of Cannes, Nice, Villefranche-sur-Mer and Saint-Jeannet.

When the 1956 film was released, Kelly was 26 and Grant 51. Hitchcock chose to ignore the fact that Grant’s character was 34 in the novel of the same title. But Grant was so damned handsome, devilish and debonair that nobody gave a damn. Besides, the older man and younger woman was – and still is – a traditional plot device of Hollywood movies.

My favourite scene is when the flirtatious heiress, Frances Stevens (Kelly) drives John Robie, an ex-jewel thief (Grant) recklessly around the cliffs in a sleek, steel-blue Alpine Sports Roadster.

During a car chase – clad in neat white gloves and decorous frock – Frances whips around dangerous cliff corners while Robie grips his knees and grimaces. Then when they stop, she cheerfully opens a picnic hamper and offers cold chicken cuts.

Frances raises an elegant eyebrow and murmurs seductively, ‘Do you want a leg or breast?’  I won’t reveal more – as it would be a spoiler if you haven’t seen the film.

Cary Grant had inglorious beginnings. For he was born Archibald Alexander Leach in Bristol, England. Archie Leach had a brutal, impoverished childhood with a violent alcoholic father and remote, unstable mother.

Elias Leach committed his wife to an asylum, before running off with another woman and their child. Archie was eleven at the time but it wasn’t until he was in his thirties that he discovered the truth. His mother hadn’t disappeared while on holiday – Elsie wasn’t dead, she was still living in the asylum.

Expelled from school at fourteen Archie Leach joined a travelling stage troupe. It was there that he was trained as an acrobat while honing his acting skills and comic timing. Later, when unable to find work in New York he became a stilt walker on Coney Island.

Things changed dramatically after Archie landed a starring role in the Broadway play Nikki, with screen star Fay Wray. He caught the attention of the Hollywood moguls and was offered a contract at Paramount. He was persuaded to take the name Cary Grant, as Archie Leach didn’t quite cut it in Hollywood.

The popularity of the movie She Done Him Wrong with Mae West propelled Grant into the ranks of leading men. The film was a monumental financial success and helped Paramount avoid bankruptcy.

Grant was more than a cleft-chinned, tall, dark, handsome leading man. He was the first actor to successfully leave Hollywood’s ironclad contract system. On resigning from Paramount he contracted himself out on a film-by-film basis.

He married five times – three of them were elopements – but as wife number five put it,

‘Somewhere in the depths of his mind was the fact that women weren’t going to be there for him.’

In the 2017 documentary, Becoming Cary Grant, it was revealed that at one point in his life the actor was so overwhelmed by ugly memories of his childhood that he willingly took LSD.

In medically supervised sessions in California Grant underwent weekly, five hour acid trips for two years. The sessions were hard and emotionally draining but he persisted. And when he died at 82, Grant left a bequest to the doctor who’d helped him conquer his inner demons with hallucinogens.

Grant’s legacy – including the four brilliant films he made with Hitchcock – have made him an enduring icon of what is known as The Golden Age of Hollywood.

He and Hitchcock had one of the most successful director/actor collaborations in movie history. While other movie actors of his generation have slipped out of favour, several of Grant’s films are considered to be timeless classics.

Hitchcock who was famously scathing about actors – likening them to cattle –  once admitted that Cary Grant was the only actor he’d ever loved.