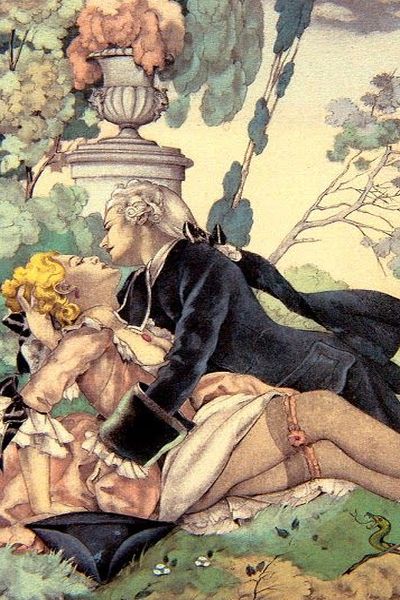 Marriage is the tomb of love

‘The company … was far more likely to give pleasure than one made up of persons of quality, where gaiety freezes in the chill of etiquette.’

Casanova describing an evening spent with a group of actors.

Having just finished editing my fiction manuscript I’m taking some  time off from writing. Winter is here and there’s nothing nicer than slipping into Casanova’s biography History of My Life.

With the rain beating down on the roof, I love getting cosy for an evening with a glass of champagne and Casanova’s entertaining life story. We travel the length and breadth of Europe in his carriage and I feel as though I’m there.

Casanova met just about everyone who had power or reputation in 18th century Europe including: Madame de Pompadour, Voltaire, Rousseau, King George III, Louis XV, Catherine the Great and Frederick the Great.

Giacomo Girolamo Casanova was a gambler all his life. He also had numerous other careers and was known as: a soldier, a spy, a preacher, a professional writer, a violinist, a silk manufacturer, a lottery director and an alchemist.

Born April 1725 in Venice, he graduated at seventeen with a law degree from Padua University. But frequently he was so destitute that he had to gamble and he became very good at it. Casanova loved to spend, so he alternated between extreme wealth and genteel poverty.

In Casanova’s memoirs there are many times when he recalls unleashing his charm, with the sole intention of bedding a woman. I’m using the term bedding somewhat loosely, given Casanova’s ability to fornicate just about anywhere. Frequently the situations he finds himself in are comedic, but he had the ability to laugh at himself and his wicked sense of humour permeates his writing.

Casanova found lovers in every social class: servant girls, dancers, countesses, shop girls, duchesses and aristocrats in all the European courts he visited. Some of his lovers preyed on his natural generosity and ruthlessly fleeced him.

But Casanova was much more than an opportunistic seducer. His intelligence, charm, wit, and many talents set him apart from his contemporaries. When he fled from his creditors in Paris in 1760, he adopted the name Chevalier de Seingalt.

Casanova revelled in the high life of Europe’s royal courts as well as having genuine friendships with those deemed to be social degenerates – actors, dancers, musicians and other creatives.

He was a man who lived by his wits and because he tended to speak his mind, banishment and imprisonment plagued his life. Casanova was the first prisoner to ever escape the notorious prison in Venice, The Leads. He’d been incarcerated there by the Venetian State Inquisitors for his numerous ‘sins’. The story of his escape took well over two hours in the telling and all over Europe, many were eager to hear Casanova tell his story.

Having decided early on that, ‘Marriage is the tomb of love’ Casanova never got married. Many historians have asked, was he really the cold-hearted seducer of his legend? If his memoirs are to be believed – and to date they have largely been verified –  he was an astute observer of his fellow human beings and Casanova brings his mistresses to life for the reader.

He lets us know that is his lover’s conversation, charm, beauty and character that brings him to his knees. By his own admission, this makes him their dupe. He mentions that he didn’t fancy most of London’s renowned courtesan’s because he couldn’t speak English on first visiting London. Sparkling conversation was of vital importance to him, ‘The thing is to dazzle’.

His pride frequently got him into dangerous situations. But Casanova had a wonderful sense of the ridiculous and he freely confessed his personal failings. Casanova used his sharp wit to rub his enemies up the wrong way. He was quick to draw his sword on those who’d insulted his honour. ‘Pinking’ them on the arse with his sword was his way of letting his anger be known.

Many of his business dealings are dodgy and the reader gets the impression that Casanova isn’t owning up to all the immoral things he did for money. He wasn’t above utilizing his extensive knowledge of the Cabala if it meant personal gain. The chapters dealing with his fleecing of a gullible aristocrat are deliciously wicked. And spies employed by the Venetian State Inquisition believed him to be a cardsharper.

Casanova wrote constantly: on the run, in prisons, carriages, palaces, low dives and grand hotels. It wasn’t until 1789 in retirement, at Count Waldstein’s Chateau in Bohemia, that he began writing his twelve volume memoirs.

I’ve read all twelve volumes and my personal preference is for Williard R. Trask’s translation.  Casanova was an intellectual and an 18th century Enlightenment polymath, his expertise spanned a phenomenal number of subjects. But it’s Casanova’s wit, intelligence, humour, cunning and humanity that keep me coming back.

His tales of life in eighteenth century are totally engrossing. There’s nothing finer than travelling in a carriage across Europe with Giacomo Girolamo Casanova.

Photograph: Detail from an illustration by Umberto Brunelleschi from a 1950 edition of, Memories of Giacomo Casanova de Seingalt. Brunelleschi (1879 -1949) was an Italian printer, book illustrator, caricaturist, set and costume designer. He was educated at the Accademia delle Belle Arti in Florence and moved to Paris in 1900.