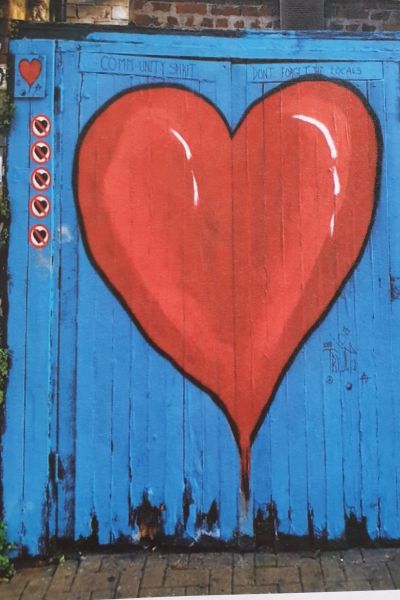 Love is the Drug

… Love is the drug and I need to score

Showing out, showing out, hit and run
Boy meets girl where the beat goes on
Stitched up tight, can’t shake free
Love is the drug, got a hook on me …

Love is the Drug by Roxy Music.

The Romantics in the mid 1800’s popularized the idea every one of us has a soulmate waiting in the wings for us. And when we find our soulmate, our loneliness is over because we move into in a coupled world. Another romantic ideal is that real love is instant, euphoric and will last until death do us part.

Saint Valentine’s Day on February 14 is all about Romantic ideals. The celebration was named after a third century saint. Saint Valentine is the patron saint of lovers, epileptics and beekeepers. Therefore he’s responsible not only for the sweetness of honey but the protection of beekeepers. Given his extensive portfolio, he’s probably one of the busier saints.

In recent years Saint Valentine’s Day has grown to include more than just coupled up folk. So we now have Mothers and Daughters and close friends celebrating the day. However, it is romantic couples who continue to monopolize social media attention.

Last night on the beach, a bloke had set up a surprise for his ladylove. Glittering in the dusk was a white light display. It was over four square metres and wired in a heart shape. And the lettering – which could be read from about half a block away – read ‘MARRY ME’.

The couple’s friends were dressed up and in attendance, along with a job lot of bemused passer-by’s and their curious dogs. Fortunately the outcome was a good one.

The bride-to-be seemed chuffed at the idea of matrimonial bliss. She was striking Instagramable poses in front of the electric heart while her female friends madly snapped away with their phone cameras. There was a lot of excitement and squealing going down which kept the dogs entertained.

The bridegroom’s male friends seemed to be standing around, not quite sure what to do. They glanced around in a wary fashion. Maybe they were wishing they could get their paws on some celebratory champagne? Unfortunately it was a dry area prohibiting alcohol consumption.

The groom-to-be appeared to be a little more subdued than his beloved. He looked – well frankly, he looked rather pleased but also immensely relieved. Who could blame him? For what if his romantic, movie-style proposal had not succeeded? It’s the stuff of nightmares.

However, given the successful outcome, it’s quite likely that the loved-up couple will remember the night in stark detail. I read that scientists believe romantic love activates some of the same brain regions as ecstasy and cocaine (Julie Shaw Scientific American Feb 9 2016.)

Apparently, one particular culprit of the feel-good effects of love is the neurotransmitter dopamine. Being love-drunk creates more dopamine, and more dopamine generally means better memory. So memories of experiencing romantic love tend to be retained – for a very long time.