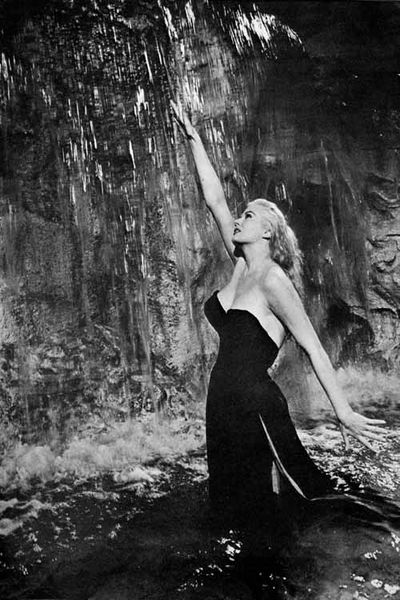 Italian film directors produce diverse and wonderful films. Paolo Sorrentino is one of my favourite directors. Sometimes I watch the exuberant party scene from La Grande Bellezza (The Great Beauty) when I’m feeling a bit sad and need to recalibrate.

Fellini’s,  La Dolce Vita is a magnificent film. Released in 1960, set in Rome and starring Anita Ekberg and Marcello Mastroianni it has many layers of meanings.  The film lends itself to repeated viewings. La Dolce Vita has a wonderful lightness and wit that’s often missing in many contemporary films.

I have a thing for Italian Fiats. I once owned a second-hand Fiat Sports that been driven to the brink of ruin. The previous owner was a nurse with a taste for speed and a strong belief in amateur car repairs.

Subsequently the wiring under the bonnet was strapped up with flimsy tape or rusty wire and the engine’s parts were decrepit. I tried not to peer under the hood too often as it didn’t inspire confidence.

I loved my Fiat Sports but quickly discovered that the only thing that worked was the premium sound system. This proved quite useful, because I was forever sitting in the damned car waiting for a road service repair guy to arrive and get me going.

The consultation usually involved triage. The repair guy had to consider all manner of mechanical problems and then try to determine the most likely suspect. This usually occurred during torrential rain.

But you should have seen the Fiat Sport’s interior! It was all red leather, dashing 007 style dials, racy steering wheel and elegant trim.

However, my favourite Fiat remains the Fiat 500. Years ago I owned a semi restored original. Marketed as the Bambino or the Cinquecento, the original Fiat 500 is famous for its ‘utilitarian and compact design’. A publicist’s way of saying it was rather on the small size.

My current Fiat 500 is a recent model. Marcello is a handsome beast with a black soft top that folds all the way back. I named him, Marcello, in honour of the late, great Marcello Mastroianni.

When I asked the Fiat dealer why my new Cinquecento had a strange looking pair of racing gear paddles attached to the steering column, Roberto murmured, ‘Because we Italians like to drive fast.’

We grinned sideways at each other, because nobody could ever accuse the cheeky Fiat 500C of presenting itself as a muscle car.

However, I soon discovered that the contemporary version of the Fiat 500 is a gutsy animal. It has a loud, rude horn and a fast take off speed that can be quite disconcerting.

The loud horn is useful when dealing with road bullies. They frequently fail to give way, cut me off at roundabouts and freeways and seem hell bent on crushing Marcello beneath their big fat tyres.

The earlier model Bambinos only had 499cc of power. The heater was an open hole that could be uncovered, providing warmth and fumes from the engine. And the sunroof had to be manually unclipped and folded backwards.

The open sunroof provided an invitation for truck drivers to lean down from their mountain beasts, peer through the Bambino’s open roof and make witty and flirtatious remarks.

Interestingly enough, truck drivers are unfailingly polite about giving way to Marcello. The other day a truck driver kindly held up all the traffic so I could get across a busy intersection. He coolly ignored the impatient car drivers banking up behind his truck. He made my day.

My first second-hand Fiat 500, was as hardy as a mountain goat. Even with three people and a large dog crammed into the tiny seats. When I was acting with a theatre troupe, we’d finish rehearsing, pile into my Fiat Bambino and head into the Adelaide hills to visit the fantastic wineries.

It was a golden time – kicking back, sipping young wines and laughing like hyenas about everything that could possibly go wrong on opening night.