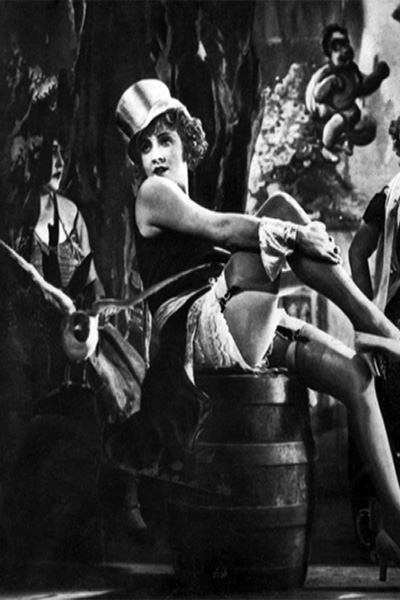 When I saw Sven Marquardt’s Melbourne exhibition I wanted to run away to Berlin. Marquardt’s transgressive black and white photographs capture the dark gothic splendour of Berlin after dark. He grew up in East Berlin before the wall came down, and by his own admission, ‘I have always been a man who polarised people.’ (Kultur, Edition 26 2015 Magazine of the Goethe-Institut Australia ).

There wasn’t a huge number of Marquardt’s photographs in the Melbourne exhibition, but it was a wonderful show that included a grainy black and white video of him hard at work in Berlin. In one segment we see him in a gloomy basement, setting up a posed shot that involves an elderly gent, two heavy looking younger blokes and a pair of horses surrounded by neon crosses. There was also some other livestock lurking in the background.

Because there were no titles the work became a subjective experience. And I found myself wondering – who are these sinister individuals and what bloody horrible crimes are they about to commit? A certain anxiety sets in when you realize that one of the props is a clapped-out bed frame with  bent metal springs and no mattress.

Nothing is explained but there was a humorous side to the video in that the distinguished old gentleman – seated at a table in a classy dark suit – twitches as he stares glassy-eyed into the camera with two heavy hands on his shoulders and a pair of gimlet-eyed heavies standing close on either side.

When not photographing, Marquardt is chief bouncer of the exclusive Berghain nightclub in Berlin; an industrial techno music club that is notoriously difficult to get into. Punters sometimes wait for hours only to be waved away at the finishing line. Marquardt started his career as a bouncer at a club called Suicides – that was situated behind a brothel – and then moved on to work at other clubs, including a gay fetish party group which eventually became Berghain.

I would have liked to have posted a photograph of the man himself, but was unable to obtain an image that wasn’t armed to the back teeth with copyright. However, because Marquardt has been written about by journalists worldwide, his portrait and photographic work can easily be found on the web.

I suspect very few punters would be game to take on Marquardt at the door of Berghain. His appearance seems calculated to cast fear into those who might be thinking of transgressing on his dignity. It’s not just the silver metal rings that hang off his bottom lip like fangs, nor the pointy silver hardware weighing down his earlobes. It’s the crazy wild tattooed thorns that creep over his left cheek and forehead and the tattooed wasps that fly up into his elegantly receding silver hairline. His hands and wrists are also tattooed and decorated with heavy hitting silver skull rings and macho silver chains.

Marquardt is no slouch in the author stakes and has produced three art books and a memoir (Die Nacht ist Leben – The Night is Life). He has also collaborated with fashion designer Hugo Boss and other leading fashion designers.

While living in East Berlin he devoted himself to the club scene, photographing many of his colleagues at the Berghain. The nightclub is located in the shell of a former East German power plant and Marquardt has been in charge of security since the club opened in 2004.

Marquardt is very well qualified as a professional photographer having assisted Rudolf Schäfer.  He’s also  worked as camera assistant and photographer at DEFA (GDR’s public-owned film studio). His work is mainly shot in black and white with natural light and the images are all carefully constructed and posed.

None of the work in the exhibition was titled, so you made of it what you will. It’s beautifully crafted and shot only on analogue camera using emulsion film. Marquardt has no truck with digital cameras –

‘Apart from other things, the digital stands for fast-pace interchangeability and a flood of images. Anyone can capture every moment of their lives on their smartphones … To view 5,000 digital images during the shooting and to delete 4,999 because they’re crap, that’s not my cup of tea.’           (Kultur, Edition 26 2015 ).

For over thirty years Marquardt has honed his craft and mastered the medium. And he’s chosen to specialize in telling stories that you read for yourself in the faces of his posed models.

The image above is Marlene Dietrich starring in, Der Blaue Engel (1930) directed by Josef von Sternberg.  The Blue Angel was filmed in Berlin and Dietrich then left Germany for a career in Hollywood.  Photograph: PD-EU-NO AUTHOR DISCLOSURE, Creative Commons.