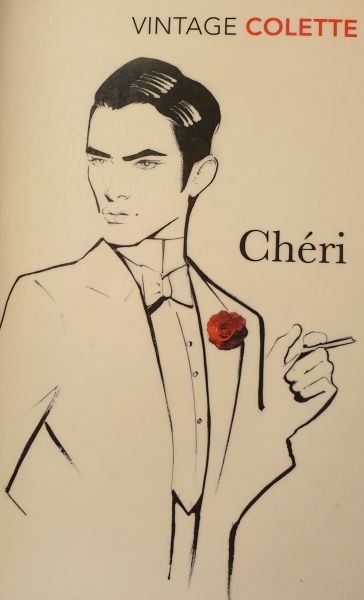 Every so often I sneak back to classic literature for a brain clean. It’s wonderful to go back and savour books I really love. This time around I’m on a Colette reading jag.

Colette was born in Burgundy France and christened Sidonie-Gabrielle Colette but she’s usually referred to simply as ‘Colette’. She was a French writer, dancer, actress and journalist.

At twenty she married a bully who exploited her. Writer Henry Gauthier Villars, known by his pseudonym Willy, forced Colette to write novels in his name and retained copyright of her work.

Willy was fifteen years older than Colette and a notorious libertine. He ushered Colette into Parisian artistic circles and connected her with artists, renegades and fashionable society.

He also personally chose the risqué subjects of her first novels. Willy frequently locked Colette in her room until she’d produced all the pages he’d demanded.

When the Claudine series became a huge success Willy retained all the credit and royalties earnt by his wife’s labour. After Colette left him she took to the stage and made barely enough money to survive.

She danced semi naked at the Moulin Rouge, mixed with the demimonde and wrote about her experiences in The Vagabond. Colette excelled at creating atmosphere and mood in her work, often fusing colours, sounds, aromas and tastes together to complement a scene.

Colette lived to be over eighty and led a sensational life. She gave birth at 40 to a girl nicknamed Bel-Gazou. At 47 Colette began a flaming affair with her stepson, Bertrand de Jouvenel while she was still married Henry de Jouvenel.

At a time when women were expected to be coy and submissive Colette became a fearless maverick. Being openly bisexual she had many affairs with both men and women. She also married three times.

I’ve been rereading the Vintage Classic’s version of Colette’s ‘Chéri’ translated by Roger Senhouse. Set in the 1900’s, it’s a melodramatic-sentimental novella of 122 pages.

The novella is primarily about a passionate six year affair between the spoilt, arrogant playboy Fred Peloux – known as Chéri –  and Léa de Lonval .

Léa’s long and successful career as a high ranking Parisian courtesan has made her independently wealthy.  She now has the means to do as she damn well pleases. Unfortunately Léa has underestimated the depth of her feelings for Chéri.

When it is time for Chéri to make a financially advantageous marriage to a young heiress, Léa behaves impeccably. She also discovers Chéri is not quite the sarcastic, sardonic, man-about-town he claims to be.

I enjoyed the flamboyance and heightened emotions of ‘Chéri’. At times it reminded me of the territory of Oscar Wilde, especially in the fabulous scenes of courtesans behaving badly. The slow reveal of Chéri’s true nature is deliciously wicked.

Colette was taken seriously as a writer and her books greatly admired by writers such as Proust and Gide. She was made a grand officer of The Legion of Honour and was also the first woman to become President of The Société littéraire des Goncourt.

Colette ended her days in an exquisite Palais-Royale apartment where she lived in sumptuous Parisian style with her menagerie of cats.

Despite having being denied a Catholic funeral – due to her two divorces – she was the first French woman to be granted a state funeral.

How much Colette would have enjoyed the irony!