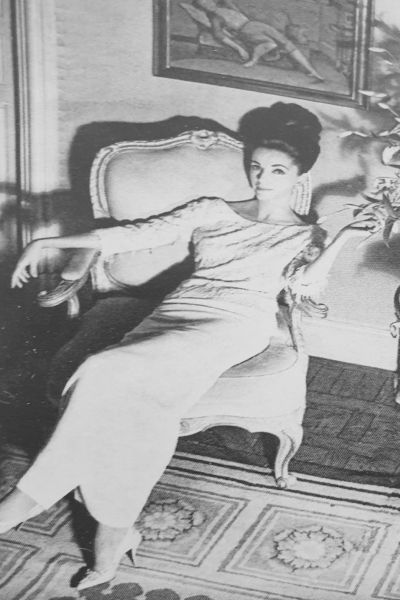 ‘Imagination, of course, can open any door – turn the key and let terror walk right in.’

In Cold Blood by Truman Capote

Truman Capote is best known for his novella Breakfast at Tiffany’s (1958) and his narrative fiction book, In Cold Blood (1966).

In Cold Blood was based on the gruesome murders of the Clutter family at their Kansas farmhouse in 1959. In Laurence Leamer’s 2021 biography of Capote (Capote’s Women) Leamer discusses In Cold Blood at length.

Truman had a close relationship with the two killers, Perry Smith and Dick Hickock. The details of how Truman ingratiated himself with Perry and repeatedly lied to him are unsettling.

Apparently Capote formed an obsessive bond with Perry and it must have influenced what he wrote about the killer. Some observers at the time believed they became lovers while Perry was incarcerated in the Kansas State Penitentiary.

The author of ‘To Kill a Mockingbird’, Nelle Harper Lee, was a childhood friend of Truman’s. He referred to her as his ‘assistant researchist’ for In Cold Blood. It was Lee who supplied many detailed pages of research which enabled him to complete the book.

During a fact finding mission in Kansas it was Lee who saved the day. When Kansas Bureau of Investigations officers arrived to meet Capote at the Warren Hotel he greeted them dressed in a lacy, pink negligee. He liked to shock. It was Lee who smoothed any ruffled feathers and created a working relationship with the Clutter’s lawyer and Kansas investigators.

Lee had studied Law and understood the courts and legal processes. It’s been said that Lee should have been the writer and Capote her assistant researchist.

I found In Cold Blood engaging and clever but it was also a disturbing read. I think Truman’s relationship with Perry raises serious ethical concerns.

Capote thought his next book – Answered Prayers – would be his magnum opus. And although he never finished it rumours still circulate that the completed script is sitting somewhere in a bank vault.

For years Capote told everyone he was writing ‘the greatest novel of the age’. Modesty was never his forte. But he did have skin the game of writing and by 1975 was an acknowledged famous writer.

Answered Prayers was a work of fiction based on his nearest and dearest friends. They were mostly high society women who adored him and made the mistake of welcoming Capote into their privileged lives. He called them his ‘swans’. They trusted and valued him as a witty, entertaining, confidante and friend.

The swans were rarely born into great wealth but they all succeeded in achieving it – mainly though well engineered marriages. Then having married into The Money, most of them successfully traded up for men who were significantly wealthier than their first choice.

So highly sought after were the swans that they were snapped up by rich men who perceived them as a great prize – even when they were no longer in the flush of youth. This was no small achievement given the conventions of the time. Not much as changed over half a century on.

The swans were not merely beautiful or attractive, they were also immensely personable, witty and great conversationists. They could hold the attention of a room simply with their  charisma, sex appeal and grace. Age did not wither them.

The swans splurged on high fashion and were dressed by America’s and Europe’s most formidable couturiers. Anorexia was rife amongst the swans, as they were determined to retain the lithe figures of their youth.

Capote eventually had a few chapters of Answered Prayers published in the magazine Esquire. Titled La Côte Basque 1965 it set off a shit storm that bought him down.

When the excerpts appeared in Esquire all hell broke loose. For Capote had quoted living  women while only thinly disguising some of them. He gave away their deepest, darkest secrets and revealed gossipy, bitchy comments made during boozy lunches.

For those who personally knew Capote’s swans, it was easy to identify them. The swans who recognized themselves felt betrayed and crushed. Capote had ingratiated himself into their lives and then used them as fodder for what purported to be fiction writing.

Capote never fully recovered after he lost loyal, generous friends he’s assumed were his forever. He also lost access to their rarefied world of private yachts, personal planes and vacations all over the world. And no longer would he be a privileged guest in their splendid mansions, ranches, haciendas and island resorts.

Pamela Harriman was a jolly young English aristocrat who didn’t really fit in with Capote’s swans. Some snaky society folk called her Capote’s ‘black swan’ or  ‘the dairy maid’. Her successful entry into American high society was frowned upon, for Pamela was not an acknowledged beauty.

Yet by sheer dint of will Pamela bloomed and outdid her detractors. She reinvented herself in her twenties by having flaming affairs with uber rich, older married men and later marrying into Winston Churchill’s family.

Despite regularly being branded as a courtesan, gold digger or geisha, Pamela managed to work her way into the highest levels of influence in the US White House. She was also appointed by President Bill Clinton as an Ambassador. Pamela served as the United States ambassador to France 1993 -1997.

Pamela Harriman died as elegantly as she’d lived. At 76 she suffered a fatal cerebral haemorrhage – while taking her daily dip in the luxurious pool at the Paris Ritz.

As she’d coolly stated when questioned about the fact all her men had been rich and influential, ‘Those were the people I met; everything in life, I believe, is luck and timing …’

Capote’s black swan also said, ‘I’d rather have bad things written about me, than be forgotten.’

Truman Capote would not have disagreed.

photo: Gloria Guinness 1963 – lounging around in a Lanvin Castillo gown in her splendid Parisian apartment.