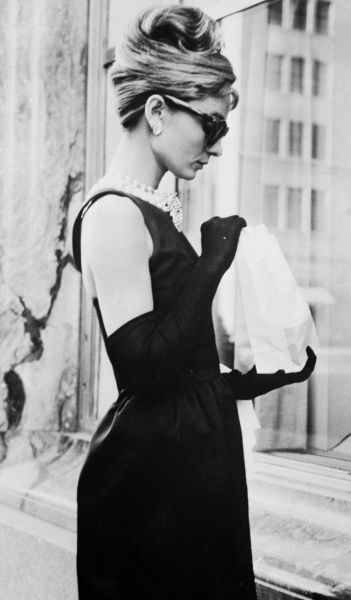 All his prayers in the past had been simple concrete requests: God, give me a bicycle, a knife with seven blades, a box of oil paints. Only how, how, could you say something so indefinite, so meaningless as this: God, let me be loved.

Other Voices by Truman Capote.

Truman Capote’s Breakfast at Tiffany’s was published in 1958 and made into a Hollywood film in 1961 starring Audrey Hepburn as Holly Golightly and George Peppard as her neighbour Paul Varjak.

The sixties film has great music from Henri Mancini and fabulous fashion from designers Hubert De Givenchy and Edith Head.  Holly’s dark past is largely brushed out and her life as a sex worker sanitized. She comes across instead as a charming, witty, opportunistic society girl.

Capote’s anonymous narrator in the novella doesn’t seem sexually attracted to Holly Golightly but he does care deeply about her. Unlike the film where the aspiring writer is a devilishly handsome kept man. Paul Varjak is paid for his sexual services by an older married woman who also buys him expensive gifts.

Truman Capote unsuccessfully lobbied the studio to cast Marilyn Monroe as Holly Golightly. His novella makes it clear it wasn’t just because of his heroine’s tawny/arctic blonde hair.

Monroe is now widely recognized as a highly skilled, intelligent actress who fused great comic timing with her innate sensitivity and vulnerability. Capote and Monroe were close friends. He described being with her in public, when she hit an inner switch and effortlessly morphed into the luminescent sex goddess everyone expected her to be.

Capote’s book is considerably darker than the film version, which is basically a Hollywood rom-com. Whereas the novella was set in New York in the early forties, the film is set in the sixties. In the book Holly and the narrator, an aspiring writer – whom Holly names Fred because he resembles her brother – live in an modest brownstone apartment building. They have quite a few rows but there are several comedic scenes involving Holly’s entourage. And despite the dark themes it is not a depressing, gritty novel.

Unlike the film version, the novel doesn’t end with a happily-ever-after kissing scene in the rain. For although the narrator adores Holly, theirs is a complicated relationship. And it’s through his eyes that we come to understand the impact of Holly’s traumatic childhood and why she became a child bride at fourteen to a much older man.

Shortly before she flees New York, Holly advises ‘Fred’ and their local barman,

‘… it’s better to look at the sky than live there. Such an empty place: so vague. Just a country where the thunder goes and things disappear.’