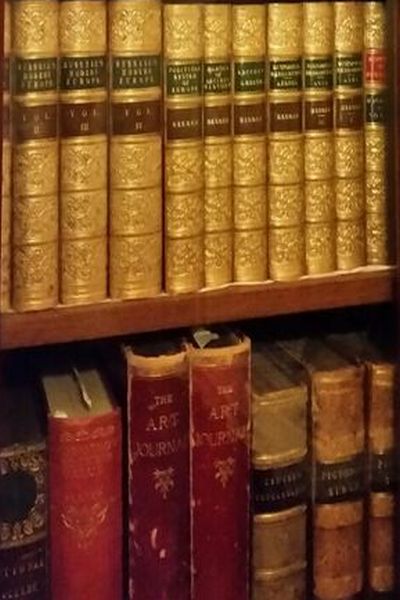 I’ve often been asked – what are the books that meant a lot to me growing up. This is a difficult question because there are so many books I love. And I often revisit books, usually classics, I already know are going to transport me.

In winter there’s pleasure to be had in sliding under a feather doona and reading in blissful solitude. When I was a kid I used to keep a torch hidden under my pillow, so I could keep reading under the quilt once the lights went out. I’d worked out early on that books provided escape from reality.

Eloise in Paris by Kay Thompson (with drawings by Hilary Knight).

At seven I discovered six-year-old Eloise, parent-free, running amuck in the Plaza NY and Paris with Nanny, a pug and a turtle. I didn’t find it strange that Eloise exercised with champagne bottles, as my sister and I had hidden a bottle of Sweet Marsala under my bed. It was delectable topped with cream. As Eloise put it – when ‘ you cawn’t get a good cup of tea ’ you can have champagne with a peach in it instead. I was smitten.

At twelve I discovered Catherine Earnshaw and Heathcliff living on the wild English moors. I promptly identified Heathcliff as the wicked but irresistible villain. I was terribly disappointed in Cathy when she fell for the decent but deadly dull Edgar Linton, who also happened to be filthy rich. It was the drama that appealed to me: the lustful overheated emotions, histrionics, stricken moors, bitter winds and soul-destroying generational hatreds.

I yearned to acquire Cathy’s burning, yearning uncontrollable fever. Then I’d have an excuse to tear a feather pillow apart – with my bare teeth.

Ada Or Ardor: A Family Chronicle by Vladimir Nabokov

I devoured Nabokov’s Lolita at about fifteen – then came Ada.

It’s been said by critics that Ada is uneven and not as accessible as Lolita. I don’t agree. For one thing Ada lacks the disturbing cruelty of Lolita and it’s much more lyrical. Ada completely captivates me.

However, I do admire Lolita. The first sentence is decadent and perfect.

‘Lolita, light of my life, fire of my loins. My sin, my soul. Lo-lee-ta: the tip of the tongue taking a trip of three steps down the palate to tap, at three, on the teeth. Lo. Lee. Ta.’

History of My Life by Giacomo Casanova

Casanova brilliantly narrates his traveller’s tales. It’s a wild ride because he had many professions including that of being a violinist, priest and gambler. While living the high life amongst European royalty and nobility Casanova also befriended scoundrels, conmen, thieves and creatives.

Casanova met just about everyone who had power or reputation in 18th century Europe including: Madame de Pompadour, Voltaire, Rousseau, d’Alembert and Crebillon in Paris, King George III, Louis XV, Catherine the Great and Frederick the Great.

In Casanova’s memoirs there are many incidents when he recalls unleashing his charm, with the sole intention of bedding a woman. I’m using the term bedding somewhat loosely, given Casanova’s ability to fornicate just about anywhere. Frequently the situations he finds himself in are comedic, but he had the ability to laugh at himself and his wicked sense of humour permeates his writing.

I revisit Casanova when insomnia grips me and he sweeps me back to the 1700’s. His was an elegant life of beauty, excitement, danger, wit, intellect and daring.