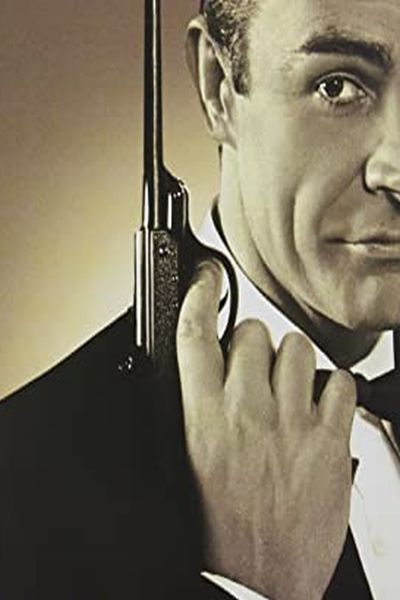 Much has been made of Daniel Craig’s fifth and final Bond movie, No Time To Die. I won’t discuss the plot as it would be a spoiler for those who haven’t yet seen the film.

Movie critics have praised Daniel Craig’s ‘humanizing’ of Bond over the course of five movies.  Phoebe Waller-Bridge (writer/actor of ‘Fleabag’) was bought in to supply humour for ‘No Time To Die’. However, there is very little irony or wit in the film and Craig appears to be somewhat mirthless.

Ever since Sean Connery left the role and other actors took over, the relentless question has been – Who was the best James Bond?

Let’s briefly digress by examining the mystique of Venus de Milo. Venus is a 6 foot 8inches tall, semi-nude marble sculpture with missing arms and a rather sulky face. The French have been blamed for the loss of her lovely arms – but the matter remains unresolved.

Many artists, philosophers and art historians  have declared Venus de Milo to be a perfect specimen of flawless female beauty. But can ‘beauty’ be quantified or commodified? For beauty ideals vary greatly across the world. There are no absolutes when it comes to defining who is beautiful and who isn’t.

The story goes that when Venus de Milo was accidentally dug up by a Greek farmer in 1820, she greatly appealed to those who viewed her. Her nose and pursed bow lips were found to be adorable and her shapely waist and small breasts were venerated. Accordingly, women blessed with similar ‘classical’ features became the acknowledged beauties of their day.

Getting back to James Bond. Is it possible to judge the efficacy/authenticity of the James Bond actors when they come from different eras? After all, each actor represents the spirit of their time. Can there ever be any absolutes in defining the ‘best’ James Bond?

Fleming’s Bond is unashamedly a 60’s macho man prototype. For no matter how diabolical the situation, 007 coldly destroys the villain. He has no regrets about each kill. Bond usually escapes with yet another beautiful woman – ripe and ready for his delectation.

Subsequently, Connery’s Bond is not universally known for his vulnerability. He and the earlier Bonds were skilled at seduction and idolized for their emotional distance and layback  attitude.

In one famous Connery scene, Auric Goldfinger threatens to destroy Bond – by eviscerating his genitals with an industrial laser beam. But even when the laser is just an inch or two away from his crotch, 007 keeps his cool, outsmarts Goldfinger and cheats death.

All Bond films have a stylish ‘look’ that anchors them firmly in the era in which they were created. Clothes and fashion have always been of prime importance in 007 films.

One of my favourite scenes is Connery emerging stealthily from dark waters in his wetsuit. And when he unzips it, 007 reveals he’s already dressed in a black tie and perfectly tailored tuxedo. Strangely enough his evening wear doesn’t appear to be wet. Bond then effortlessly gate crashes the villain’s glamourous penthouse party and goes to work.

And who can forget the character’s exotic names back in the early James Bond films? Auric Goldfinger, Dr No, Jaws, Pussy Galore, Honey Ryder and  Xenia Onatopp. I miss them.

I also miss the cutting wit and humour of the earlier films. I loved the fantastical plot devices and the cool precision of an assassin/spy who was charming and sexy but not anxious to please.

Above all I loved the implausibility of all the villains, deviants, psychopaths and crooks getting their just desserts. In a parallel universe James Bond dispensed vengeance and justice that was swift and violent – but always for the greater good of humanity.

photo: detail from David Hurn’s  007 portrait of Sean Connery. Connery was the first James Bond in the movie Dr No (1962).