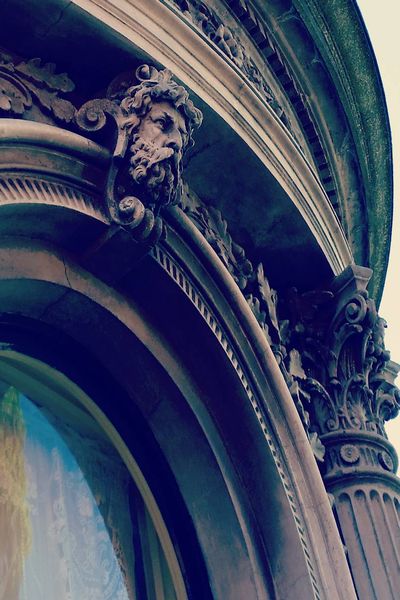 A Tale Of Lost Cities

Even a brick wants to be something.    Louis Kahn

Last night, I sat on the banks of the Yarra River which runs through the heart of Melbourne. The skyscrapers appeared as cubes of burning lights. And the Casino’s neon lights glittered on the dark waters. It provided a lovely brain clean after a grim week.

Then the sound of Khol drums and cymbals drifted across the water. A small power boat emerged from under the bridge, loaded to the gills with Krishna devotees.

They were moving, jiving and waving their hands around with wild abandon. No synchronization required. The devotee’s loose orange clothing flashed in the dark. Obviously they were enjoying themselves immensely.

Due to the riotous rocking, the boat was in danger of capsizing. Fortunately it didn’t happen. The drums pounded, the devotees chants got louder and we folk on the river bank grinned fiendishly.

I liked everything about the scene. The only thing I wasn’t crazy about was Melbourne’s skyline. It has changed dramatically in the last two decades. Many of the tall buildings bear a marked resemblance to glass towers the world over.

I often drive through the heart of the city  just before sunrise. As the first light hits the glass towers their faults are remorselessly revealed. Phallic, glossy, and boldly lavished with ostentatious gold and silver facings, they dwarf human limitations.

The only buildings I really like are a couple of large, retro-style buildings. Their elegance emphasises the dreariness of its neighbours. One fabulous building is neo gothic and its pointed turrets and elegant facade is eye catching, even in smog. The other marvellous building is a domed circular affair and harks back to America’s architecture of the 1920’s and 1930’s.

Fortunately other parts of the world have played it a whole lot smarter than our city. So many of Melbourne’s buildings dating from the 1800’s were demolished to make way for the glass towers.

But in old Europe, other cities chose to preserve their architectural history for future generations. Unlike Melbourne, historical buildings were not demolished quite so enthusiastically in the 1950’s –1970’s.

Initially there were stringent height restrictions in London. Legend has it that when Queen Victoria gazed out her Buckingham palace window, she was incensed her view of Parliament was obscured by a block of flats in Westminster. But for whatever the real reason, legislation governing height restrictions was introduced in 1894. The London Building Act restricted buildings to 100 feet in the capital. Subsequently for many years St Paul’s Cathedral was the tallest building in London.

Unfortunately architecture is changing this century in ways Queen Victoria could never have imagined.

Photograph by Lesley Truffle (above) – Labassa Mansion, Melbourne.  The facade of Labassa was built in the fabulous  French ‘Renaissance’ style of architecture.