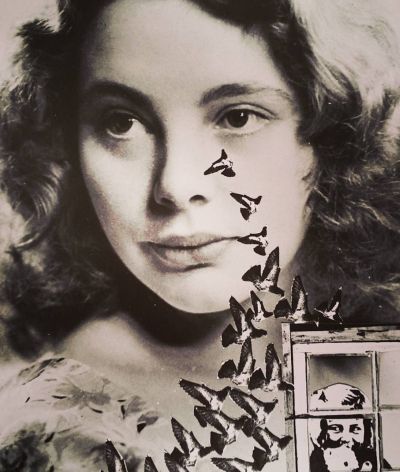 In a recent interview journalist and former editor, Michael Gawenda, said of his son Husky Gawenda,

‘He can spend a lot of time by himself in his room. If you’re going to be a writer you have to be lonely in some way.’

A room of one’s own has been quite the done thing ever since 1929, when Virginia Woolf wrote about female writers needing a respectable amount of money to live on and a room all to themselves. The Brontë sisters – Emily, Charlotte and Anne – were dedicated writers and they had no trouble staying in their rooms and getting on with the job of writing.

The Brontës social life on the Yorkshire Moors wasn’t terribly exciting and most of their time was either spent at their father’s parsonage or out working as governesses. However, the sisters had very active inner lives and the scope of their writing took them well beyond the Haworth Village parsonage. Their novels are still in print and Emily’s extraordinary novel, Wuthering Heights – first published in 1847 – became an English cult classic.

On the other hand, their brother Branwell Brontë spent less time in his room and he produced two short works – one of which was titled, And the Weary are at Rest. Branwell’s ambitions of being a successful poet and a painter were never realized. He set up an artist’s studio in nearby Bradford, made friends with other creatives and established a social life in pubs.

Branwell’s jobs tended to end badly. It’s believed that he was sacked from his last tutoring position, following an affair with the lady of the house. Subsequently the last three years of his life were spent back at the parsonage with his three sisters. Branwell died in 1848 of tuberculosis and possible complications bought on by alcohol, laudanum or opium.

The question is – how important is it for a writer to spend time in solitude in order to get the writing done? Some writers can only write if there is noise and they seek out cafes and public places in which to work. Other writers require deep silence to maintain concentration. Personally, I need peace and quiet in my garret while writing. When the triplets next door start chucking tantrums and their racket rises to the top floor, I put on my industrial strength builders’ earmuffs and achieve monastic silence. Quelle relief!

I’ve just finished Jeffrey Meyers fine biography of Scott Fitzgerald. Apparently Fitzgerald  struggled to get his writing done and was easily distracted. Mostly he spent his time churning out short stories for magazine publication, because these stories were popular and extremely lucrative. He used the money to travel, throw wild weekend parties and support his wife Zelda and their only child. Providing for Zelda became a major expense once she was committed to a series of exclusive psychiatric clinics. Increasingly, alcoholism became a major impediment to getting the writing done, as was Fitzgerald’s hectic social life. He didn’t enjoy solitude and was rarely alone.

Ernest Hemingway made several cruel remarks about Fitzgerald’s inability to sit quietly in his room and write his novels. But given that Fitzgerald based his fiction on himself, his life with Zelda and the Jazz Age, perhaps he needed to be out and amongst it in order to create his novels? His material was lifted directly from his life, he had many friends and he was a man of great loyalty.

In short, could Fitzgerald have achieved such classics as, The Great Gatsby and Tender is the Night if he’d spent his life sitting in solitude in his room?