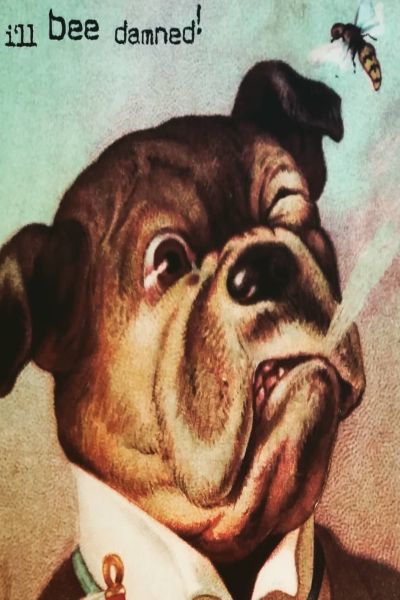 During our city’s pandemic Shutdown restrictions, I’ve been getting to know my neighbours.  By that I mean the local dogs and their owners. Subsequently, I’ve come to the conclusion that only the dogs are living their best lives.

Cats are a different matter. My neighbour’s cat has taken to the roof of the family home and can be seen regularly sunning herself. Blissfully alone. Apparently there’s too many children in the house all day being home schooled, and the cat resents not having a quiet house all to herself. Cats can be deviously antisocial and they’re skilled at letting their feelings be known.

With a 9.00pm curfew and very little open – apart from a few cafes, supermarkets, medical clinics and hospital Emergency/Trauma clinics – we’ve fallen back on entertaining ourselves. A friend of mine is developing an intense relationship with her new air fryer.

Those of us who are lucky enough to still have a job are mostly working from home. And even though we can now travel further than five kilometres – it’s now ten  – things have become decidedly local.

Nostalgia for the simple things we used to enjoy has become a staple of street talk. We talk longingly of meeting friends at a pub for drinks, going to restaurants and cinemas or inviting folk around for a lazy Sunday brunch.

I didn’t realize how much I depended on art galleries, cinemas and museums for regular brain cleans. Now I meditate like a fiend, sometimes morning and night. Sometimes it just doesn’t work. And instead of lining up my Chakras, I find myself wickedly meditating on the pleasures of French champagne.

When I’m not writing, exercising outdoors or working online, I’m usually rereading Giacomo Casanova’s twelve-volume History of My Life. In hard copy of course! On many winter evenings I’ve climbed between the covers of Casanova’s memoirs. Sometimes with a glass of champagne in hand, as I travel with Casanova in his luxurious carriage. We traverse the whole of eighteenth century Europe, stopping off in fabulous locations such St Petersburg, Paris and Venice.

I kid you not, if we are moving quickly – or on the run from one of Casanova’s many enemies – it can be quite a hectic evening. Especially if Casanova has been arrested for various misdemeanors. These include: fighting duels, insulting royalty, card sharping, conning gullible aristocrats, bad mouthing organized religion or pinking his rivals arses with his sword.

Our man likes to spend up while eating, drinking, gambling and scheming. He also generously bestows his ill-gotten gains on his mistresses. He constantly reinvented himself and had many professions. It was hard work being Casanova.

Getting back to the local dogs. I envy them, because despite Melbourne’s long Shutdowns they’ve remained so damned cheerful. With their humans at home all day and daily walks on the beach and dog parks, there’s always something to do, sniff or eat.

Dog parties break out all the time. Especially if their owners are in a long street queue  waiting for takeout coffees. There’s no lonely evenings for the dogs, anxiously waiting for their humans to return home. Life has slowed down most agreeably.

Lining up outside cafes and bread shops is a daily event. Mongrels live in hope that chunks of baguettes and warm pastries might come their way. Many dogs have chubbed up after weeks of tasty snacks being prepared at all hours.

Humans have become more enthusiastic about comforting carbs and anything that can be eaten with one hand. Burgers, pastries, hot chips, biscuits and overstuffed sandwiches are in high demand.

There’s a particularly gorgeous pup I met on the street and he’s definitely living his best life. His name is Hank and he’s been blessed with a charming owner who is exceptionally kind and considerate of his well being.

Hank always has company, he eats exceedingly well – without having to cook – and doesn’t have to earn his living or clean the bathroom. Wherever he goes he’s adored. He also sports a chic dog jacket which fits him like a glove and keeps him snug on frosty mornings.

In these treacherous times, many folk wish they were Hank.

Hell, what’s not to like about this dog’s life?

If you would like to read more about Casanova see: REFLECTION ‘Travelling with Casanova‘.