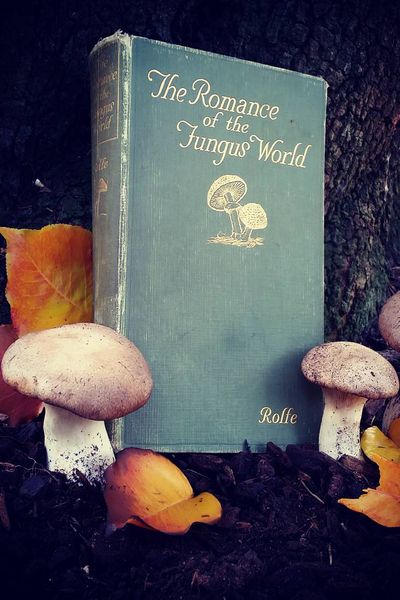 Ever since I read, Alice’s Adventures in Wonderland, I’ve had a thing for mushrooms. I was about six when I first came across the notorious Alice Liddell, disappearing down the rabbit hole into a fantastical world. The scene where she comes across the caterpillar sucking on a hookah – while seated on a sinister looking mushroom – really tickled me.

The caterpillar was imperious in manner and rude to Alice, “Who are YOU?”  I was very taken with the notion that if you scored a chunk of the caterpillar’s mushroom, you’d be able to grow or shrink at will. Fortunately, I’ve since discovered that premium champagne can produce a similar effect.

Autumn in Melbourne is a fine time to take a trip to the Prahran Market and visit Damien Pike: Wild Mushroom Specialist. For over thirty years he’s been sourcing and selling mushrooms to shoppers. But a lot of his delectable produce is devoured in Melbourne’s finest eateries.

A few autumns ago, my first purchase from Damien’s stall was a plump, speckled pine mushroom. It spoke to me as I walked past. Pine mushrooms are also known as Lactarius deliciosus, Saffron Milk Caps or Orange Fly Caps and are usually found under pine trees.

Pine mushrooms are significantly more expensive than your everyday breakfast mushrooms but I couldn’t resist their exotic orange colour. Being cash strapped I opted to buy just one big one. I was a tad embarrassed because there were chefs present, busily loading up boxes of mushrooms, but Damien treated my modest purchase graciously and bagged it for me so it wouldn’t get damaged.

When I sheepishly admitted I didn’t know what the hell to do with it, Damien laughed and gave me advice on the best way to cook it. The result was so delicious that I now pounce on pine mushrooms whenever I see them at the market.

A splendid book on mushrooms was published in 1925, The Romance of the Fungus World by mycologists R.T. Rolfe and F.W. Rolfe. The foreword is supplied by John Ramsbottom, former President of the venerated British Mycological Society.

Between 1925 – 2014, eighteen editions were published, including a 1974 edition featuring a trippy purple cover with an illustration of the caterpillar from Alice’s Adventures in Wonderland. It perfectly suits the decadent era of LSD, hallucinogenics, Pink Floyd, David Bowie and exotic smoking drugs imbibed from hookahs and bongs. The 1974 cover is a long way from the original 1925 edition with its tasteful, gold embossed cover (see photograph above).

The wonderful thing about The Romance of the Fungus World is that it seriously examines the gastronomic delights offered by mushrooms, their medicinal uses and the effects of poisonous fungi. Yet this scientific information sits comfortably with the esoteric, mystical side of fungi.

A whole chapter is dedicated to fungi lore and mythology: predominately the association between fungi and devils, witches, elves and fairies.

Toadstools in a circular formation (known as fairy rings) have numerous mythologies explaining their existence. One ancient story has it that after the wee people had danced around in a circle, toadstools grew on the grass where they’d danced, and were used by elves and fairies to rest their tired feet.

An old English West-country superstition held that if a maiden wanted to improve her complexion, all she had to do was to nip outside on a May morning and rub dew from the grass all over her face. However, it was imperative that the maiden didn’t intrude inside any fairy rings, for the wee people might get angry and take their revenge by giving her a hideous rash.

Strange things happened to folk who were foolish enough to step into the fairy rings. In Germany it was once believed that the bare portion of the ring was the place where a fiery dragon had rested in his nocturnal wanderings.

The dedication in the 1925 edition is quite lovely: To the memory of George Edward Massee … to whom the Authors are indebted for their first glimpses of the Fungus World, and in whose company, in field and by fireside, they spent many delightful hours.

Photograph by Lesley Truffle: The Romance of the Fungus World (1925 edition) by R.T. Rolfe & F.W. Rolfe