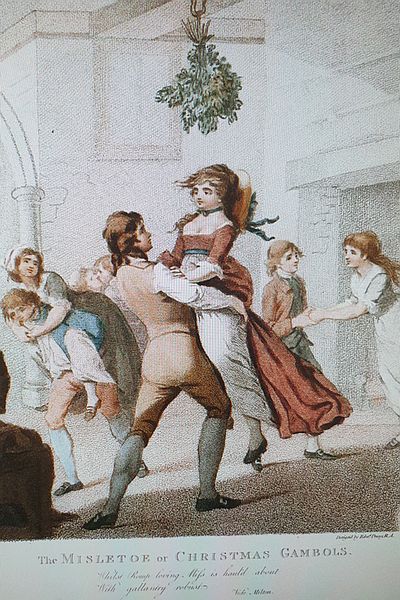 ‘Twas the night before Christmas, when all through the house

Not a creature was stirring, not even a mouse;

The stockings were hung by the chimney with care,

In hopes that St. Nicholas soon would be there;

The children were nestled all snug in their beds;

While visions of sugar-plums danced in their heads …’

A Visit from St. Nicholas by Clement C. Moore 1823

Charles Dickens has often been blamed for inventing the festive Christmas season with the riotously successful publication of his book, A Christmas Carol.

Published in December 1843, the novella is essentially a ghost story. A Christmas Carol popularizes the joy of Christmas gatherings, public dancing and the festive consumption of food and drink.

But most importantly the key message is about kindness and generosity of spirit. By depicting the cold-hearted Ebenezer Scrooge – a rich, selfish miser who hates Christmas – Dickens raises the idea that wealthy folk should share their largesse and treat the poor with sympathy.

However, our present day Christmas traditions actually derive from ancient cultures. Originally created by our ancestors, the same rituals manifest across the Western World every December.

In the past these traditions were mysterious and sacred rites. They were backed by superstition, belief in magic and the desire to protect communities from fear of the unknown.

Celtic and Roman myths feature heavily in the way we decorate our homes at Christmas. We also shamelessly overeat, suck down vast quantities of Christmas cheer and indulge in decidedly bizarre behaviour.

However it’s not all carol singing and tinsel. The police are inevitably busier during what is quaintly termed the Festive Season. It has been noted by crime researchers that around  Christmas and New Year there’s an increase in car thefts, aggravated burglaries, home invasions, robberies, serious assaults and knife crimes.

Why? It’s believed crime statistics rise because of the financial strain of Christmas gift buying and the additional stress incurred by relatives spending more time together. There’s also a marked increase in alcohol and drug abuse.

On a lighter note, Christmas as we know it started out as the ancient Roman holiday of Saturnalia. It was a pagan festival, celebrated 17–25 December. Eventually it morphed into Christmas (literally meaning Christ’s Mass) as Christians sought to usurp pagan holidays and traditions.

The Celtic year was divided into a dark half and a light half. The first of November marked the dark half. Around this time a gap in time opened and Druids believed they could travel to other times and places.

Ancient Irish and Celtic traditions are still around. In pre-Christian times holly and ivy wreaths were fixed to front doors to keep away vindictive evil spirits. Leaving a burning candle in a window was an ancient ritual to allow the spirits to pass on by peacefully.

In many Irish homes the burning of a yule log on Christmas morning happens even during the mildest winter weather. Back in pre-Christian times, Yul was a Pagan rite to honour the Mother Goddess and celebrate Winter Solstice.

It was believed that  the sun stood still for twelve days in mid-winter and the lighting of logs banished the darkness along with any evil spirits.

The hanging mistletoe – that you avoid when you don’t fancy kissing disreputable acquaintances and relatives – had its origins in Celtic Druid traditions. Mistletoe was an earthly manifestation of the Thunder God (Taranus/Taranis).

Apparently Druids believed that oak trees were sacred and the mistletoe that grew on the oaks had medicinal properties and was exceptionally powerful when used in spells.

Mistletoe was also venerated as a symbol of renewal and male fertility. It was thought to be a powerful plant as it could blossom during freezing cold winters.

In the eighteenth century when mistletoe was hung overhead, gentlemen acquired the right to kiss any girl who was foolish enough to loiter under it. Since then mistletoe has gone on to become the bane of office Christmas parties and knees-ups everywhere.

Joyeux Noël! – Merry Christmas to you all!