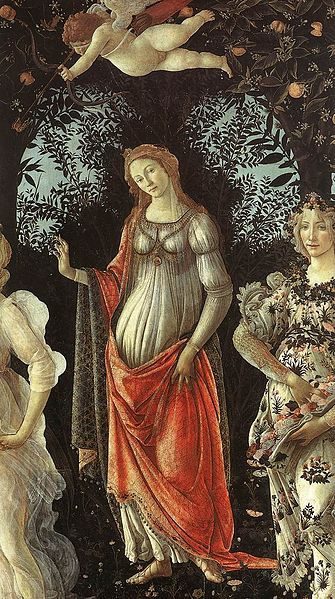 The advent of spring initiates a whole new wave of city madness. At the very first glimmer of sunshine Melbourne folk tear off their puffa jackets, scarves and beanies and recklessly bare their skin.

Melbourne’s denizens believe that first of September tells us that spring has arrived. And that the last few months of epic rainfall and chill factor is over. Despite all evidence to the contrary, we cling to our childish belief that it’s time to get prepped for summer.

On the trams you get to sit next to optimistic girls in short shorts and thongs. They’re shivering and covered in goose bumps. There’s also a posse of blokes baring their thighs and tattooed biceps while trying to stay hip. Difficult when hair and bushy beards are still soggy from an unexpected downpour.

The tram is awash with rain streaming from wet umbrellas and the odd spilt café latte. You really have to watch where you plant your bag on the flooring.

Once the doors slam shut chilled passengers in summer clothes cheer right up – for the heating is pumped up to maximum. The rest of us are sweating like piglets in our coats, trying to catch every blast of cold air from the opening and closing doors.

I remember one spring day, when a red-haired woman ran for the tram in Collins Street. She was in a bit of a flap as she fought her way past two blokes who were diligently blocking the doorway. There’s usually at least one serial door blocker on every tram.

The redhead’s eyes were unfocused and she kept losing control of her handbag, jacket and laptop. The tram was chockers. Kid’s pushers and senior’s Zimmer frames had created an obstacle course.

We lurched around the corner into Spring Street and I swayed into a businessman. He was very understanding. The tram driver was a madman who sped up as he approached a tram stop and then braked suddenly. The redhaired woman squeezed in next to me and grabbed a swinging strap.

With her other hand she raked through her large totebag like a fiend, relaxing when she’d found her i-phone. She beamed at me and announced she was losing everything. Everything. And did I know where the tram was going? She thought she might be on the wrong tram. Going the wrong way. We got it sorted.

I idly wondered if she’d been indulging in a champagne luncheon at the posh hotel opposite – but I’d got it all wrong. She leant in a bit closer and confided ever so quietly that she was losing her mind. I’m losing my mind! You have no idea, I’m like a madwoman. A madwoman!

Apparently, a few weeks earlier she’d met a charming man. She’d given up on men. But he was different. A special man. Kind, loyal, honest and generous. With a sense of humour.

She further revealed, I never thought it would happen at my age. In spring too! Just think, if I’d arrived three minutes later our paths would never have crossed. Never!

We laughed like drains at the audacity and randomness of fate, of life, of spring. Passengers glanced around trying to locate the source of mirth. There’s not much to laugh about on an overcrowded tram. Especially when the tram driver is a speed fiend and everybody’s flailing around trying to grab hold of the furniture.

The woman nearly missed her stop. Then she regrouped, lunged for the stop cord, dropped her totebag, and sorted herself out – before getting stuck in the closing doors. But she did manage to get off in time. Intact.

As she made the curb, she turned to wave at me. I waved back and silently wished her well.

Photo: Venus and Primavera (Spring on the right) from:  La Primavera (Spring), circa 1482 by Sandro Botticelli. From the collection of the Uffizi Gallery.   There have been many interpretations but it is generally thought to be a mythological allegory about fertility and Spring.  Art historians found a disguised message in Primavera’s floral patterned gown.