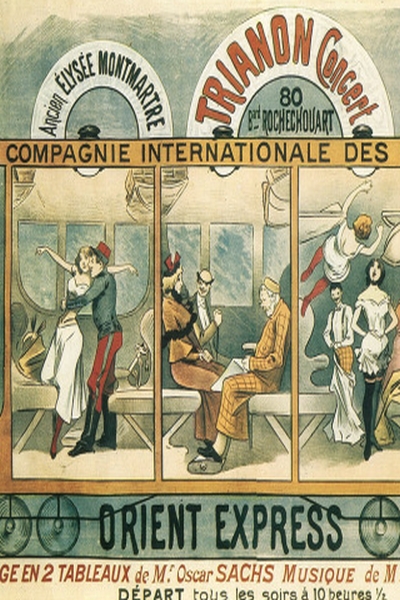 I made a discovery the other day – new born babies don’t enjoy going to the movies.

I’d dropped by my local cinema to catch Kenneth Branagh’s, Murder on the Orient Express and didn’t realize that I was attending a ‘Babes in Arms’ movie session. It finally dawned on me – when I stumbled over a whole bunch of prams parked inside the door and wedged down the aisles – that I should have read the fine print.

My first impression was that all would be well. The newborns were quiet and happy in their mother’s arms, sucking down bottles or slyly observing their neighbours from the security of their parked vehicles.

But all hell broke loose when an avalanche swept down the mountain. Shot on old school 65mm film, we were treated to panoramic views of the brutal winter landscape.  When the train derailed, the volume increased significantly. The sound effects were suitably dramatic and there were loud screeching, crashing and grinding noises. The Orient Express passengers got terribly excited and lost their cool. And the babies in the cinema became very, very alert.

One babe started mewing plaintively and soon they were all crying. More dramatic mood music ensured the crying escalated into wailing – it’s a marvellous thundering score – and the gloomy, high contrast jump cuts of the derailed train threw strange shadows around the cinema.

When the Orient Express passengers started rushing about all over the goddamn screen, the mothers picked up their babies and tried to soothe them. This meant that by the end of the movie, several mothers – and one father – were standing at the back of the cinema, rocking their offspring while keeping their eyes fixed on the screen.

But here’s the thing. Despite the crying babies and the general mayhem, I was transported by the movie. Branagh’s film pays homage to Agatha Christie’s style of mystery. Her tale  Murder on the Orient Express is supposed to be both engaging and entertaining and it translates well to film. As the Welsh poet, Dylan Thomas wrote,

‘Poetry is not the most important thing in life … I’d much rather lie in a hot bath reading Agatha Christie and sucking sweets.’

I really liked the movie. Branagh directed the film as well as playing the lead, and he really did his homework by reading all 33 of Agatha Christie’s Hercule Poirot mysteries. There are some very negative film reviews being published but I think those film critics missed the point.

In a recent interview Branagh stated, ‘ There is a passionate depth to Christie, even though she sometimes said her writing is merely entertainment‘. ‘There’s quite a moral brood in Murder on the Orient Express as well.’

When directing the film Branagh retained Christie’s whodunnit recipe, while enriching the character of Poirot and drawing attention to what it meant to be wealthy and privileged in the 1930’s. The fact that luxurious trains such as the Orient Express even existed, is testimony to the power of the elite who could afford to travel in such splendid style.

Branagh retains Christie’s wicked humour and so Poirot’s moustache is huge. Christie was disappointed by Poirot’s modest moustache in the 1974 film, she wanted it bigger and more extravagant. She probably would have approved of Branagh’s moustache – it’s so heavily styled it requires its own brassiere when Poirot is sleeping.

Unlike Albert Finney’s Poirot, in the 1974 film of the same title, Branagh’s Poirot is conflicted. The detective is forced to abandon his belief, ‘There’s right, there’s wrong and nothing in between’. He acknowledges that he will just have to learn to live with imbalance.

Justice, Truth and Peace remain Hercule Poirot’s core values but because ‘murder fractures the soul’, there are serious implications when an innocent child is the victim. And as Poirot discovers, sometimes compassion and leniency must be shown to those who commit murder.

Photograph: detail from a 1910 magazine ad for a theatrical french farce. There was much public speculation as to what happened on Orient Express trains. Sex, scandal and bad behaviour was rumored to be commonplace in the sleeping compartments.