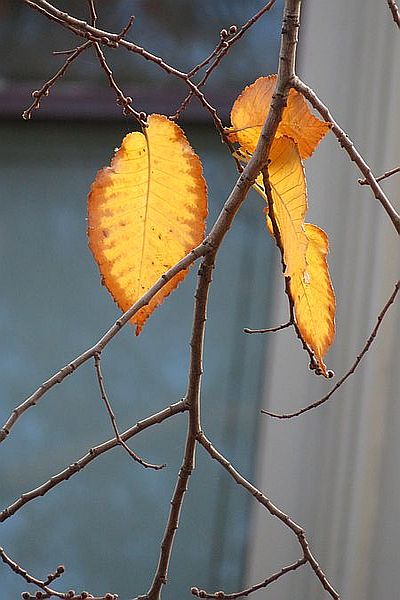 It’s been a particularly lovely Melbourne autumn this year but now the days are getting shorter and we are heading into winter. Taking the city bound tram and heading off early to work on golden autumn mornings has been fabulous.

The late nineteenth century trees that line both sides of St Kilda Road looked stunning as they shed their golden-brown leaves. It upsets me to think that we won’t have these beautiful trees for much longer.

St Kilda Road residents are opposing the Victorian Government’s plans to destroy the elm and plane trees as part of the Metro Tunnel Project. Already several magnificent mature trees have been cut down and hundreds more are expected to be ripped out. About 900 trees could be removed along the tunnel route. This includes about 223 trees in the precinct surrounding the Shrine of Remembrance. It seems that concerns about the environmental impact of the project are not a high priority.

Recently on my tram line, the older trams – which are less than half the size of the newer trams – have been in service first thing in the mornings. This means that by the time we hit St Kilda Road things are getting more than a tad cosy.

There are so many passengers crammed onto the tram that it’s impossible not to stand on toes or inadvertently whack another commuter with bags, elbows or furled umbrellas. Fortunately, most city workers are adept at keeping themselves nice in tight situations.

There is however the odd unfortunate situation – such as the tall businessman who was strap hanging when he accidentally sneezed on my hair. It was very quiet on the tram and several passengers immediately snouted up from their mobile devices. I suspected that they were gleefully anticipating a little argy-bargy.

The businessman was mortified and he apologised fervently as I pulled out some tissues.  As I dabbed away at my hair he apologised all over again. Even though I kept assuring him that I knew it was accidental, it made no  difference because several passengers were glaring at him. One woman was making furious tut-tutting noises.

It was obvious when the businessman kept glancing at the door, that he was trying to decide if he should just get the hell off the tram at the next stop and leave his embarrassment behind. He stuck it out till Flinders Street and then bolted with his head down.

There is a code of ethics on public transport that is enforced by the dirty look. Even more effective are the commuters who can pull off a withering look. This is usually reserved for passengers who hog more than one seat, or those who use their mobiles on speaker phone – while having a domestic argument with their partner.

One gentleman kept it up for forty minutes and we were spared nothing. Neither dirty looks nor withering looks – skilfully delivered by battle-hardened veteran passengers  – managed to penetrate his egocentricity.

The older trams don’t have recorded messaging or any changing signage announcing stops. So adding to the chaos can be the tram driver’s voice, which usually kicks in about Flinders Street. My favourite tram driver speaks very slowly, articulating every vowel. Presumably he does so as not to confuse the International tourists onboard. His amplified voice resembles an out of whack robot from a B-grade film – ‘Fl-in-ders-St-r-ee-t … Col-lins-St-ree-t … Bo-uke-St-r-ee-t.’

Most folk have their noses buried in a mobile device of some sort, so the strange disembodied voice doesn’t register with them. But sometimes when I glance up from my newspaper, a commuter catches my eye and we grin conspiratorially.

Photograph above: Melbourne in autumn by Lesley Truffle.