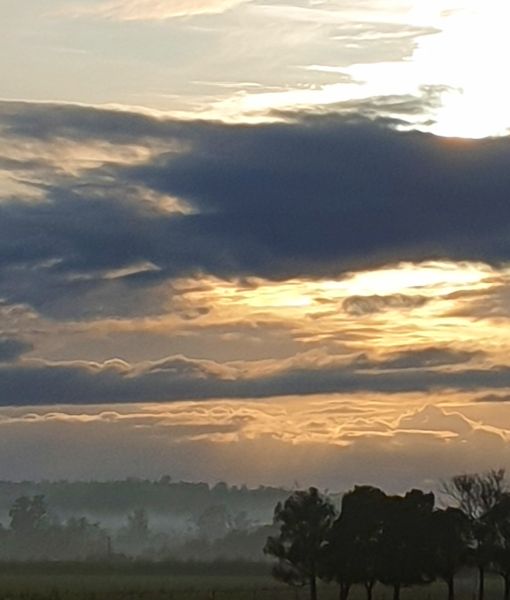 During the pandemic shutdowns many of us dreamt of whispering trees and rustlings in the grass. City parks, bayside beaches and even narrow nature strips were heaving with citizens doing their allocated exercise time. Outdoor personal trainers became astonishingly popular.

Some joggers – who were used to having the green spaces to themselves – expressed their discontent at having to share. One journalist wrote an article on how pissed off he felt. He was utterly contemptuous of young adults who were swarming the parks in search of potential ‘dates’.

The journalist’s stinging description of young women clad in skimpy leisurewear and bat-wing false eyelashes revealed his outrage. Apparently they regularly stopped on the pathways to chat with young males wearing branded sportswear. Such wickedness!

I thought – why the hell not? They were only trying to create a semblance of social life after our city’s nightlife had been totally shut down.

When I was living and working near Tokyo quite a few years ago, I got to know a Japanese bullet train driver. Roshi was a witty joker, a rabid opera lover and a layback kind of guy. He drove trains on the Tōhoku Shinkansen line.

Roshi’s job carried a lot of responsibility and daily stress. To retain his sanity and well-being, he and his buddies regularly headed off to a forest region that featured natural hot springs.

Deep in the forest they’d set up camp, get naked and dig a hole big enough to fit them all in. Then they’d sit there late into the night, drinking iced beer and talking shite as the hot springs worked their magic.

Roshi laughingly told me that getting rat-faced on premium beer was crucial to the cure. It facilitated communication not just with his buddies, but with Mother Nature herself.

Shinrin-Yoku – known as forest bathing has gone mainstream. The idea is you simply walk into a forest, relax and let go. Cold beer and hot springs are not mandatory. Many converts  believe forest bathing can lead to feelings of well-being, reduced stress and nourishing rejuvenating benefits.

When I visited Dorrigo National Park some time ago I thought a lot about Shinrin-Yoku. The rainforest is situated about 60 kilometres south-west of Coffs Harbour, in the Gondwana Rainforests of Australia World Heritage Area.

The Dorrigo Rainforest is known for being the habitat of rare and threatened species. There are numerous ground dwelling birds, including lyrebirds. Unfortunately I didn’t manage to see any but I was chuffed to hear that there are red-necked pademelons, and coloured wompoo fruit-dove hiding out in the forest.

As we walked through the undergrowth, I read the warning signs the forest rangers had put up. There were cunning plants that might spike us and an extensive list of the voracious insects eager to chomp into our flesh.

The forest is also home to plants such as strangler figs, giant stinging trees and prickly ash. After a while my imagination seized control and the benign rustling noises became venomous snakes slithering through the fallen leaves.

So, did I manage to breathe in the forest and achieve a state of Zen relaxation? Hell no, I didn’t but I loved being in the presence of 600-year-old trees, breathing the pristine air and listening to the native birds chortling and carrying on.

Just remembering those trees can bring on a meditative state of calm. But it only works if I close my eyes and totally focus on slow deep breathing. Five slow counts of breath in … hold for slow three counts … exhale … repeat … again & again …