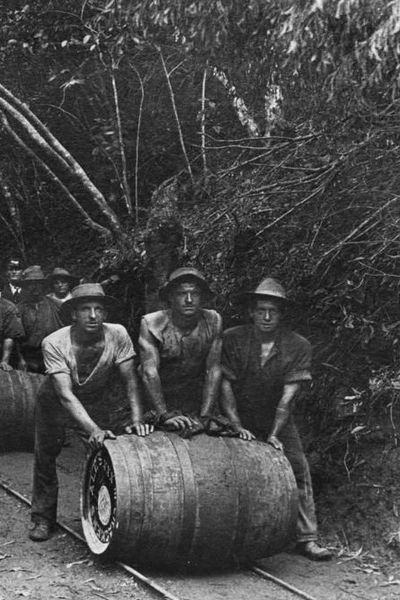 My mind keeps wandering to the empty spaces and forests that will still be there when the pandemic retreats. Dreams of whispering trees and rustlings in the grass.

When I was living and working near Tokyo a few years ago, I got to know a Japanese bullet train driver. Roshi is a witty joker, a rabid opera lover and a layback kind of guy. He drives trains on the Tōhoku Shinkansen line. Back then the speeds were probably around 320km/h to 443km/h. However, speeds on the Shinkansen line have greatly increased with Japan’s magnetic levitation trains.

Roshi’s job carries a lot of responsibility and daily stress. When I asked him how he manages to retain his cool, he told me that he and his buddies regularly head off to a forest region that features natural hot springs and set up camp.

Deep in the forest they get naked, dig a hole big enough to contain them all and sit there late into the night, drinking iced beer and talking shite as the hot springs work their magic. Roshi laughingly told me that getting rat-faced on premium beer was crucial to the cure – it facilitated communication not just with his buddies, but with Mother Nature herself.

Later I learnt about Shinrin-Yoku – forest bathing. The idea is simply to walk into a forest, relax and let go. It seems that beer and hot springs are not mandatory. Apparently, many folk around the world believe that consciously breathing in or taking in the forest atmosphere can lead to feelings of well-being, reduced stress and nourishing rejuvenating benefits.

When I visited Dorrigo National Park some time ago I thought a lot about Shinrin-Yoku. The rainforest is situated about 60 kilometres south-west of Coffs Harbour, in the Gondwana Rainforests of Australia World Heritage Area.

The Dorrigo Rainforest is known for being the habitat of rare and threatened species. There are numerous ground dwelling birds, including lyrebirds. Unfortunately I didn’t manage to see any but I was chuffed to hear that there are red-necked pademelons, and coloured wompoo fruit-dove hiding out in the forest.

As we walked through the undergrowth, I read the discreet signs that the rangers had put up – warning walkers about cunning plants that might spike us and all the voracious insects eager to chomp into our flesh.

The forest is home to plants such as strangler figs, giant stinging trees and prickly ash. Such exotica adds a certain frisson to the desire to commune with nature. After a while my imagination seized control and the benign rustling noises became venomous snakes slithering through the fallen leaves.

So, did I manage to breathe in the forest and achieve a state of Zen relaxation? Hell no, I didn’t – but I loved being in the presence of 600-year-old trees, breathing in the pristine air and listening to the native birds chortling, whistling and carrying on.

Just remembering those trees can bring on a meditative state of calm. But it only works if I close my eyes and totally focus on slow deep breathing. Five slow counts of breath in … hold for slow three counts … exhale … repeat … again & again …

Image above: (Public Domain)  is part of a photograph taken in 1911 by an unknown photographer. There is an Australian tradition of beer being essential to the enjoyment of nature. Here we see railway workers pushing 300 barrels of beer along the Cairns to Kuranda railway lines, after a rock fall landslide blocked one of the tunnels.